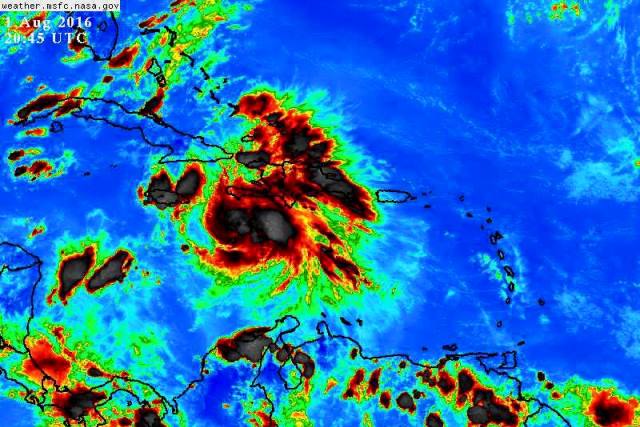 The system, which was moving south of the country in the Caribbean Sea, knocked down power lines Sunday near the northeastern town of Nagua and started a fire that killed six passengers on a bus filled with people returning from a beach excursion. At least 12 others on board were injured, according to Diego Pesqueira, a spokesman for the Metropolitan Transportation Authority.

Conditions from the system may have also caused a tour boat to overturn near the Samana Peninsula on Sunday. Authorities recovered the bodies of three people and said four others were still missing. Military spokesman Arsenio Maldonado said a small craft advisory was in effect at the time but a cause of the incident has not yet been determined.

The Dominican Emergency Operations Center said that 19 of the 32 provinces were on alert for potential flooding as the system continued to pass south of the country.

The Jamaica Meteorological Service advised small vessels to return to shore as the storm moved west with strong winds and heavy rain. It said that flash flooding is likely across the island as a result of the storm, especially in low-lying areas in southern Jamaica.

The U.S. National Hurricane Center said the system appeared to be on a track toward Central America. If the system strengthens, it could be upgraded to Tropical Storm Earl. (AP)