BEACON HILL, Sint Maarten — Detectives are presently investigating a break-in at Sunset Beach Bar, which took place during the night of Thursday, August 18, and Friday, August 19.

During the break-in an undisclosed amount of cash was stolen from the safe. The break-in, however, was caught on the security surveillance camera. The suspects were identified as two employees of Sunset Beach Bar.

Both suspects were arrested on Saturday, August 20, at their workplace and taken to the Philipsburg Police Station where they remain in custody for further investigation.

LOWLANDS, Sint Maarten — On Thursday, August 17, a police patrol was sent to Starz Casino to investigate a case of theft. On the scene, investigating officers learnt from the casino manager that three unknown men had broken into one of the slot machines and stolen an undisclosed amount of the cash. The investigation has been turned over to the Detective Department. 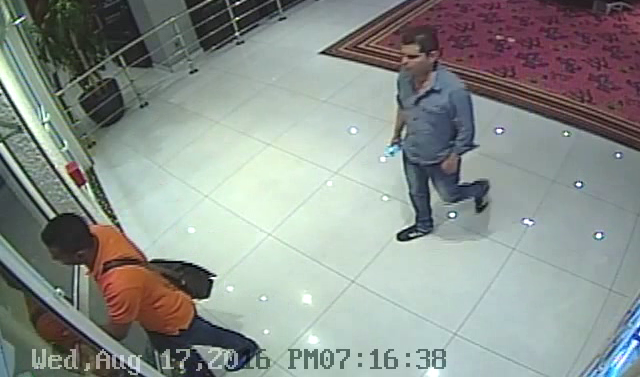 On Thursday, August 18, at approximately 1:00am, a police patrol was directed to Sea Breeze Hotel in Cay Hill to intervene in a matter. While on the scene, the man with initials L.W. continuously interrupted the officers from carrying out their duty.

The man was repeatedly warned about his behavior and the consequences. The man continued to interrupt at which time he was arrested and taken to the police station to be questioned on several misdemeanor charges.

Two suspicious looking men dressed completely in black riding on a scooter were seen by a police patrol on Bush Road. The patrol decided to perform a control of the men and also check the documents of the scooter they were riding on.

The rider of the scooter refused to stop after repeatedly ordered to do so by the police officers. A chase followed through the Philipsburg area. With assistance of another police patrol, the scooter was blocked in its path. The rider could not show any documentation for the scooter.

The officers decided to take away the scooter until these documents could be shown. The rider of the scooter became extremely physical by kicking the door of the police vehicle causing some damage. The suspect was then arrested for destruction and resisting arrest.