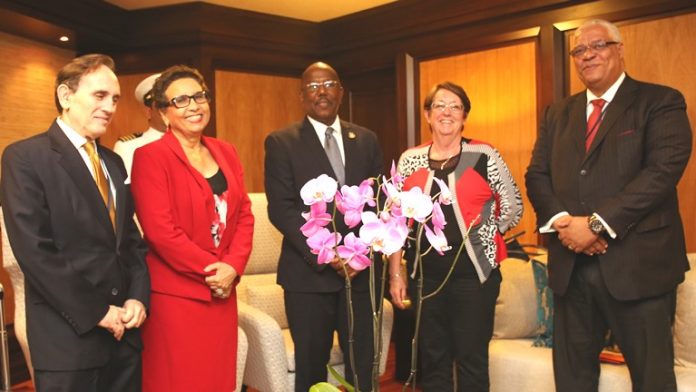 Santo Domingo.- Numerous dignitaries have confirmed attendance at president Danilo Medina’s inaugural including the presidents of Ecuador, Panama and Guatemala, king Juan Carlos I, of Spain and the prime ministers of Jamaica, Antigua & Barbuda and St. Martin.

The Foreign Ministry on Tuesday said other countries have confirmed the participation of their vice presidents and foreign ministers to the inaugural, to be held in Congress Aug. 16.

The president of Ecuador Rafael Correa; Juan Carlos Varela, of Panama, and Jimmy Morales of Guatemala have confirmed their presence thus far.

It said the president of Colombia Juan Manuel Santos, Juan Orlando Hernandez of Honduras and Jocelerme Privet of Haiti are also expected to confirm their participation in the coming days.

The Foreign Ministry said Jamaica Prime minister Andrew Holness, Gaston Browne of Antigua & Barbuda and Williams Marlin of St. Martin have also confirmed their attendance, adding that the dignitaries will also participate in a state dinner hosted by Medina at 7:30pm Monday in the National Palace.