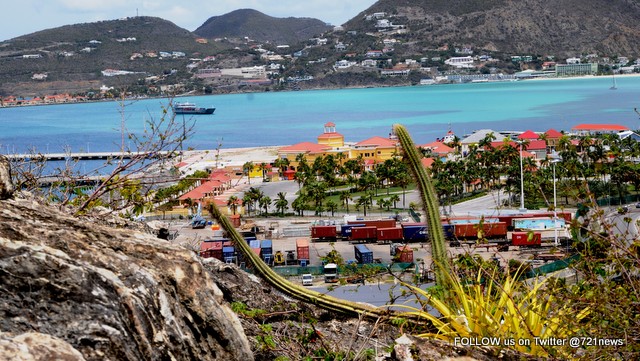 Port St. Maarten Management would like to congratulate Jacinth Hunkins for her placement as first place and wishes her much success with her studies for the new 2016-2017 school year.

The first-place winners and their schools will receive $3,000 academic scholarships, and the winners and a chaperone will be invited to accept their prizes at the FCCA Caribbean Cruise Conference & Trade Show Opening Ceremony in San Juan, Puerto Rico on Tuesday, September 26.

The competition invites students from schools around the Caribbean and Latin America to submit essays and then awards the students and schools to help further their education. In total, this year’s contest will provide nearly $20,000 to the participating students and their schools.

This year’s essay contest attracted entries from 21 countries, who wrote what they would want to see and do in their destination as a cruise passenger. All the essays showcased the students’ excellence in writing, as well as knowledge of their destination and the ability to entice the FCCA readers to experience new things.

Second place in the junior division was Danny Kish from Cayman Islands, and Hailey Morris from St. Kitts earned the honors in the senior division. Second-place winners and their schools will receive $1,500 scholarships.

Third place in the junior division was Jordan Fleming from St. Thomas, U.S. Virgin Islands, and Alanis Matos Plá from Puerto Rico took bronze in the senior division. Third-place winners and their schools will receive $1,000 scholarships.

To reward all the students and schools for their great efforts, all other finalists and their schools will receive $200 scholarships.

The FCCA Foundation provides a tangible mechanism for the cruise industry to fund a range of humanitarian causes in Caribbean and Latin American destinations.

Since its establishment in 1993, the Foundation has benefited thousands of citizens by providing funding and countless hours to causes and charities throughout the regions. In addition to assisting deserving institutions like charities and hospitals and aiding during crises like natural disasters, the Foundation executes annual projects, including the Holiday Gift Project, which delivers thousands of presents and smiles to underprivileged children during the holiday season, and poster and essay competitions to award students and schools.