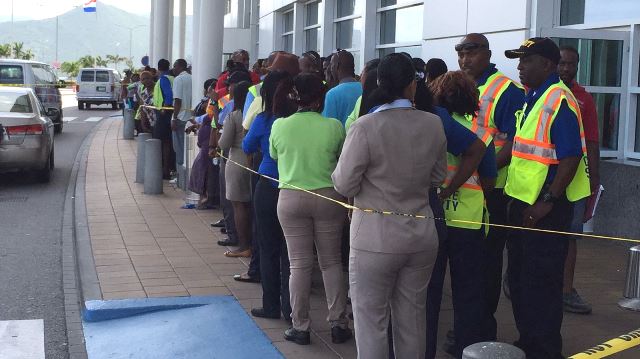 SIMPSON BAY – The criminal investigation into the fatal traffic accident involving a toddler on Saturday, August 20, in front of the Princess Juliana International Airport (PJIA) arrival hall is still ongoing.

The toddler ran across the street and was struck by a passing shuttle bus. He died at the scene from the injuries suffered. The driver of the shuttle bus as well as the father of the deceased child have been heard as suspects in the investigation. No arrests have been made.

Regarding the shuttle bus driver, after studying the images and hearing witnesses, it cannot be established as yet that, in a criminal sense, he is to blame for the fatal accident.

The subject of the current criminal investigation concerning the father, who is also considered a suspect, is whether his actions (leaving his children alone behind in the car) makes him criminally culpable.