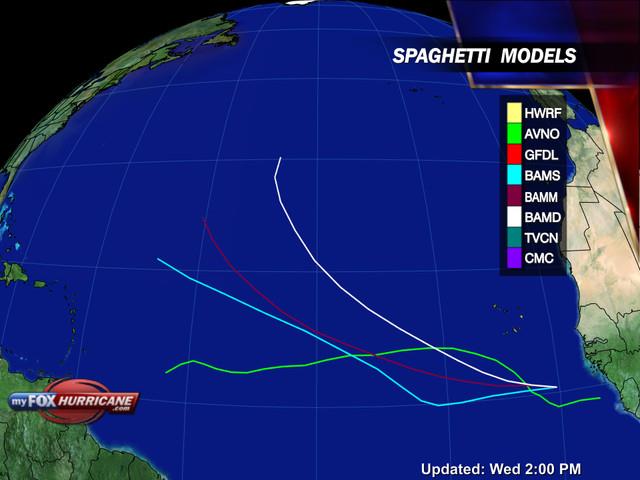 Right on cue for late July/early August we’re watching a tropical wave near Africa. The is the first healthy Cape Verde wave of the season. There’s plenty of time to keep an eye on this feature but it is an early reminder that Cape Verde season is just about here. During August and September tropical waves organize near the Cape Verde Islands and have the opportunity to become some of the strongest hurricanes of the season if moisture stays plentiful and wind shear stays low. Invest 96L is worth watching as it moves westward. The broad area of low pressure emerging off of Africa has a medium chance of tropical depression development over the next 5 days. 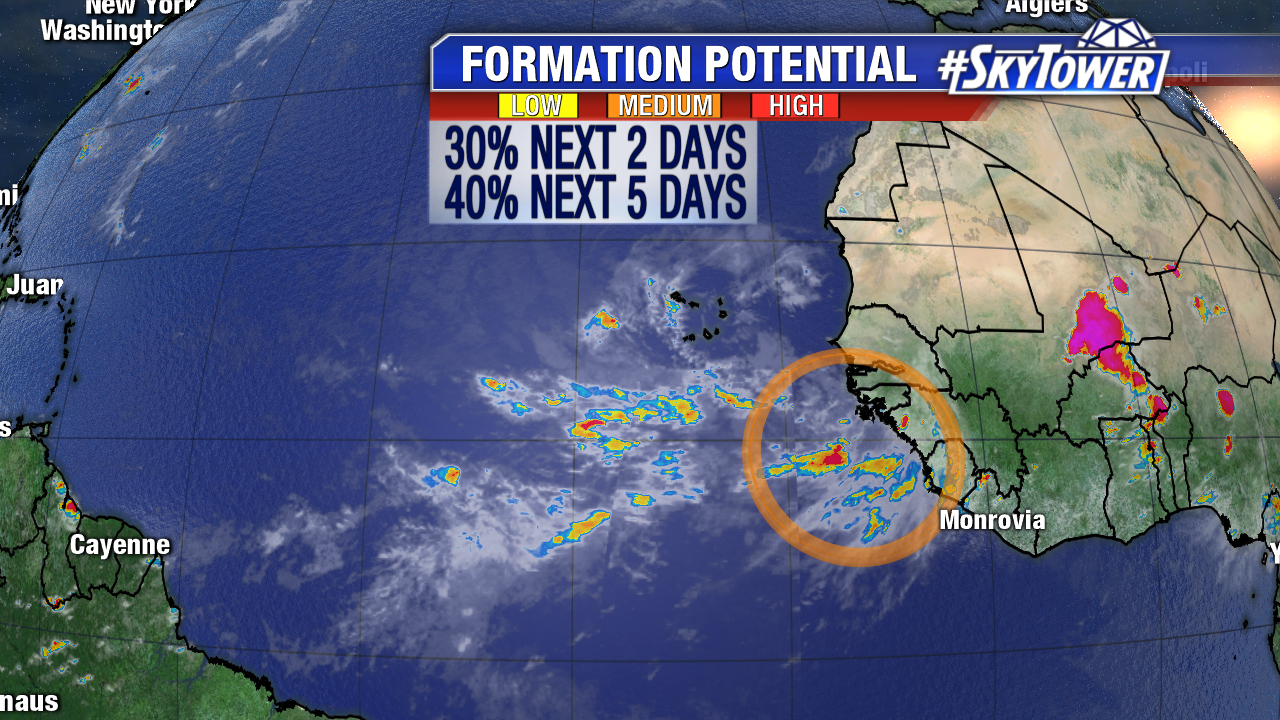 While dry air still rules much of the Atlantic and Caribbean Invest 96L may stand a chance to organize. It is south of some of the deepest dry Saharan air (indicated by yellow, orange and red) and at a favorable latitude for at least gradual organization. Wind shear in the vicinity is also low to moderate. The graphic below is courtesy NOAA/the University of Wisconsin.

Wednesday afternoon computer models suggest a westward track over the next few days and west northwest track by late weekend. Some early intensity models suggest a tropical storm is possible in a couple of days over the open central Atlantic. Both the Euro and GFS suggest this wave may not survive the long term forecast. We’ll keep a close eye. 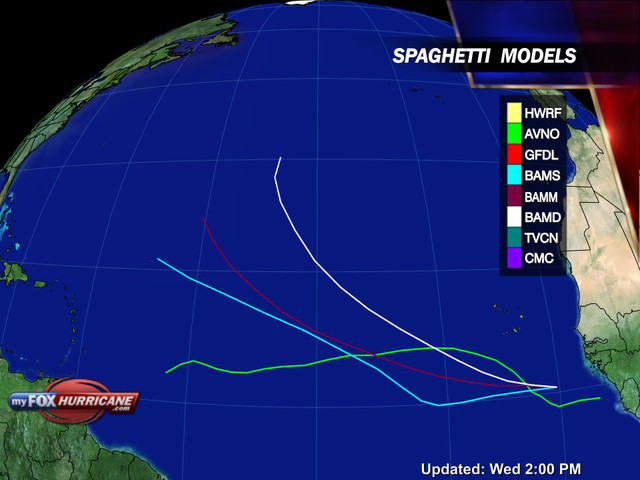