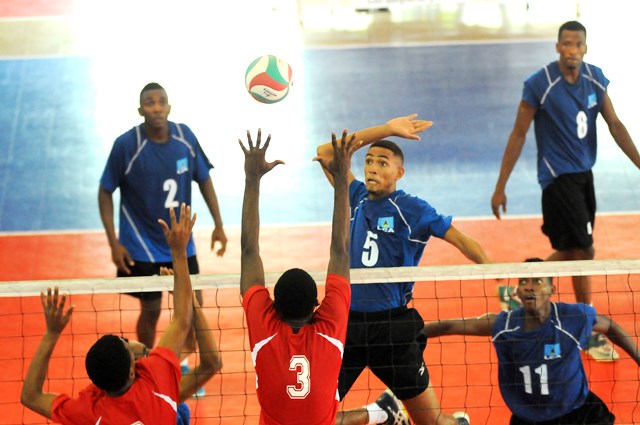 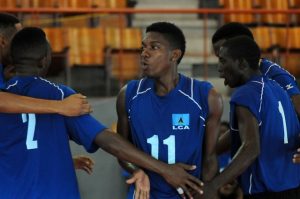 ANTIGUA — Battle hardened St. Lucia dominated a resilient St. Maarten to win by a score of 25, 20; 27, 25; 25, 15.   The force known as “Lucia pressure” was not perturbed by the initial resistance offered but stalked their prey until chinks appeared in the armor.  When this occurred, Scott (10 points), Faulkner (13 points) and company exploited them.  Realizing the end was near St. Lucia terminated St. Maarten dream of advancing to the finals in the third set. 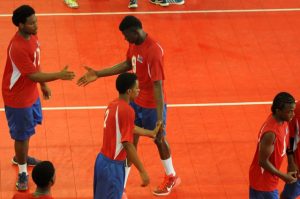 Judged the underdog in this game St. Maarten played like never before.  They attacked from all angels of the court and defended knowing loosing this game means no trip to Mexico.  Though Kevin Gumbs (9 points) and Shaquille Rombley (9 points) tried to rally the team with points, it was apparent the spirit had left them.  Despite the numerous pleas of the coaches, the team seemed unable to respond and play to the level they are known for. 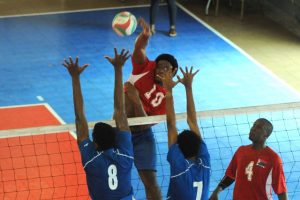 Saint Lucia’s Captain Eudoxy and Coach Charlery were highly complementary of the resistance put forward by St. Maarten. However they felt too many errors were made on their behalf, giving their opposition points. Both gentlemen are inclined to think St. Lucia can improve by tidying up the defense.  They were happy St. Lucia made it through to the finals. 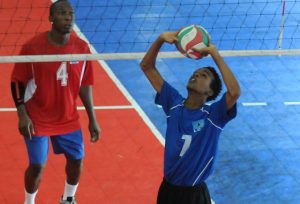 Captain Evander Blijden and Coach Demitri Beauperthuy of St. Maarten offered congratulations to their opponents.  They then indicated the team gave away too many points from service errors. Consequently the team spent a lot of time fighting their way back into games.  Coach Beauperthuy pointed out the team was fatigued as lots of energy was spent in the first two sets.  However they were happy to see the team playing to their capabilities. Pictures by Ernesto Beltre. 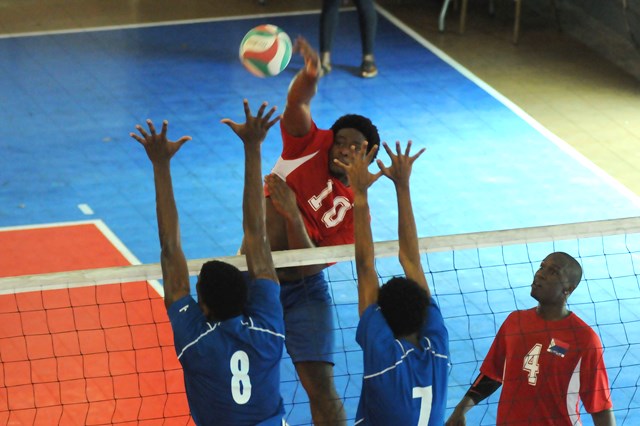 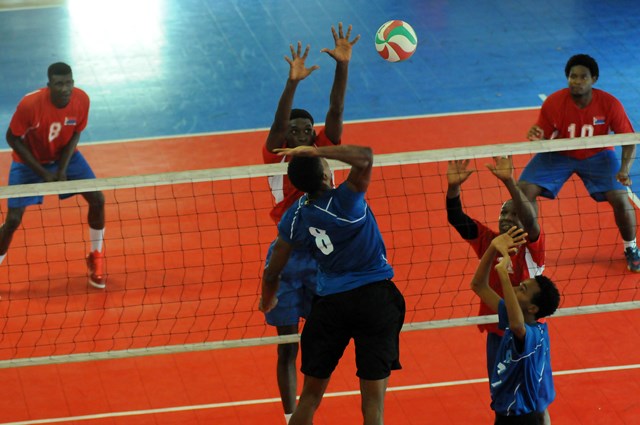 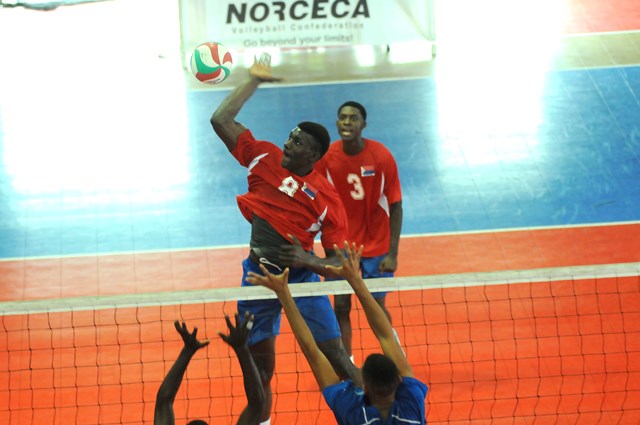 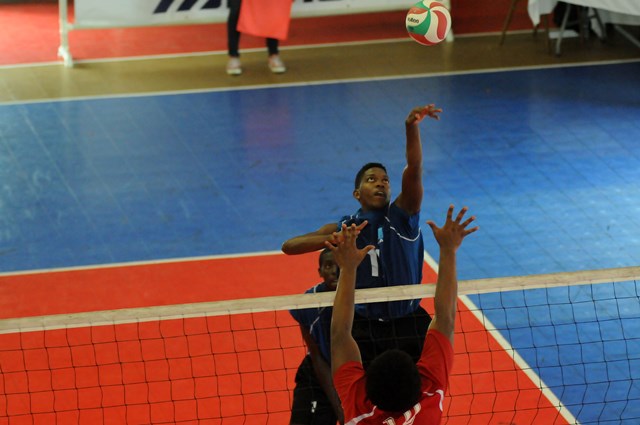