PHILIPSBURG, St. Maarten – The US Party and its leader the Honorably Frans Richardson profiled MP the Honorable Silvio Matser as their newest candidate to run in the upcoming Parliamentary elections in September.

During a press conference on Thursday afternoon, US leader MP Frans Richardson stated that their are strong bonds between himself and MP Matser and that he had been offered the opportunity to join the party at its inception.

Matser has a lot to contribute to the development of the island Richardson stated and that the US platform will afford him the opportunity to work in the interest of the island.

MP Matser in his statement noted that the relationship between himself and the US leader goes back many years and that their relationship was also evident on the floor of Parliament as they were synchronized on many issues.

He also noted that during his legal struggles, MP Frans Richardson stood by him. The main reason why he is on the USP list however is the fact that the party works as a team and not as an individual.

He stated that this touched him and he felt that this is where he wanted to be. More from the US press conference can now be heard via PodCast. 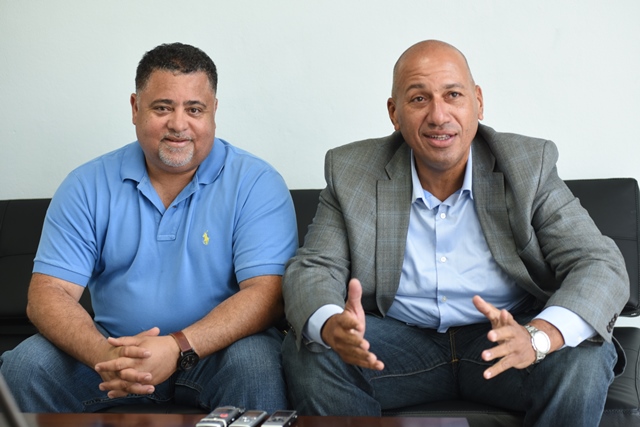