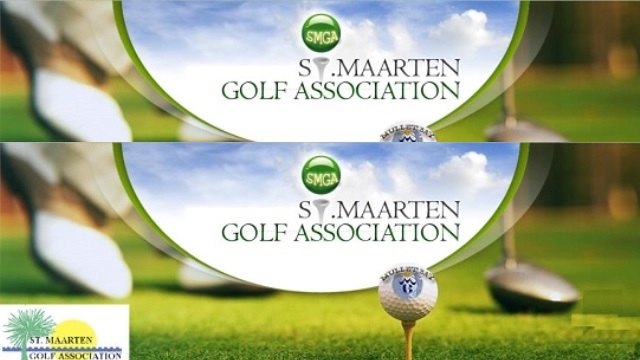 MULLET BAY – Stanley Samuel was able to stay ahead of a group of seven golfers that were not impressed by the high winds and tough course conditions at Mullet Bay Golf Course, to win the July Medal Play Golf Tournament organized by the St. Maarten Golf Association (SMGA) over the weekend.

Marc van Iersel won Overall Low Net with a score of 68 after deduction of his 21 handicap.

A small group of 14 golfers challenged the windy golf course and tried to add another good score for qualification for the St. Maarten team that will compete in the Eastern Caribbean Golf Championship. This tournament will take place in October on St. Croix.

Samuel, who finished the par 70 Mullet Bay golf course with a score of 79, stayed 4 shots ahead of Kit Lee. As a result, Samuel won both the Overall Low Gross for the tournament, as well as the 1st Low Gross prize in the Men’s category. In the same category, Van Iersel won Overall Low Net as well as 1st Low Net with a score of 68 strokes after deduction of his 21 handicap.

In the category Seniors for players between 50 and 60 years old, 4 participants battled it out. Philippe Thevenet won once again the prize for 1st Low Gross with a score of 82 strokes, 1st Low Net was won by Tony Burn with a Net score of 73.

In the Super Seniors Category for players over 60 years old, 1st Low Gross was won by Steven Mix with a score of 81. In addition, Mix had overall the fewest number of putts, needing only 30 putts during the 18-hole stretch. 1st Low Net was won by Keith Graham with a score of 74.

The SMGA is a non-profit organization that welcomes all beginning and experienced golfers, tourists and St. Maarten/St. Martin residents to become members and join them during tournaments and matches. For more information about the SMGA, contact the Golf Shop at the Mullet Bay Golf Course or like them on Facebook: https://www.facebook.com/St.MaartenGolfAssociation; Website: www.sxmgolfassociation.com.