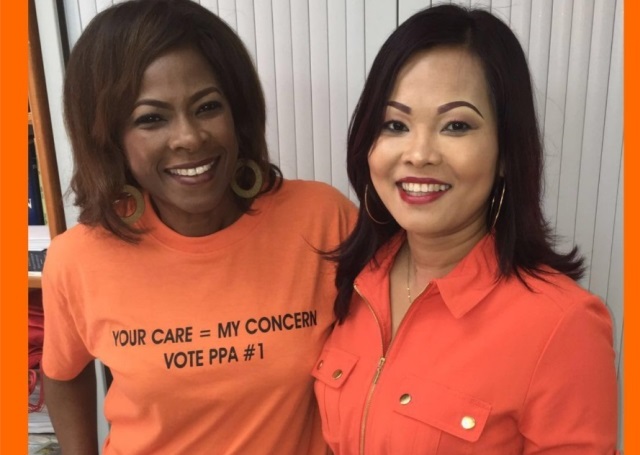 “We are pleased to have Anique join the PPA team as we further prepare to contest the upcoming Parliament elections on September 26. The first time Ms. Liu participated as a candidate, it was during the January 22, 2010 last Federal Elections as candidate number 7. Prior to 2010, PPA participated for the first time as a new party for the then Island Council elections. With her support and that of other former candidates, PPA succeeded in winning a seat and served St. Maarten professionally and with dignity from 2003-2007,” stated PPA’s leader Arrindell.

“Running for office this second time, could not come at a more critical period in the political history of St. Maarten. More aware and ready to commit with a long-term vision for a Strong, Safe and Secure St. Maarten, Anique is a very social, spontaneous, honest and straightforward woman and mother of 2 young children, who did not hesitate to once again step up to the plate as a candidate under the P.P.A. umbrella,” Arrindell continued.

“The last 12 years she has been active in the insurance business as well as being a Business Consultant. She has strong leadership skills, but also great sales advice and negotiating skills, a hard worker, who can handle stress and love to work with people, all excellent assets for a candidate working in a complex and people-oriented environment,” said the PPA leader.

Arrindell continued: “Anique’s work experience includes, among others, presently being a Manager at Oriental Caribbean Insurances NV, running her own Business Consultancy in the sectors of Real Estate, Commodities and Food Trade; Manager of a company operating the maintenance, service and reparation of all commercial equipment from well-known restaurants and hotels in Curaçao.”

Liu also worked for two years as an Insurance Relationship Officer at Head Office RBC Rooi Catooitje, Curaçao (Dutch Caribbean). In 2004, she became a Mortgage officer at the Mortgage Department of the ING bank at Rotterdam, The Netherlands.

“Her determination to prepare and invest in her future was evident early on in her life when in 2004 she worked as a Part-time Pension Advisor next to her study for NCFSA (Dutch Centre for Fiscal and Social Advice), part of Hamburg-Mannheimer, the largest German Re-Insurer, in Rotterdam (The Netherlands), and as Front Desk Manager at The Maho Beach Resort and Casino St. Maarten,” Arrindell explained.

Being a black belt Jiu-Jitsu title holder, is nothing to sneeze at either, said Arrindell, in pointing out her candidate’s sports skills. “Anique’s candidacy and skills brings to the table a young determined woman, who will continue to work hard to ensure with the PPA team that the issues facing our citizens especially our elderly and our youth are dealt with heads on, skillfully and with tact when elected into office in September,” Arrindell concluded.

“Sitting on the sidelines and lament while there is still so much to be done, is not part of my personality,” said Liu, as she called on all to come out and support her and the PPA slate. “For that we are very grateful,” concluded Arrindell.