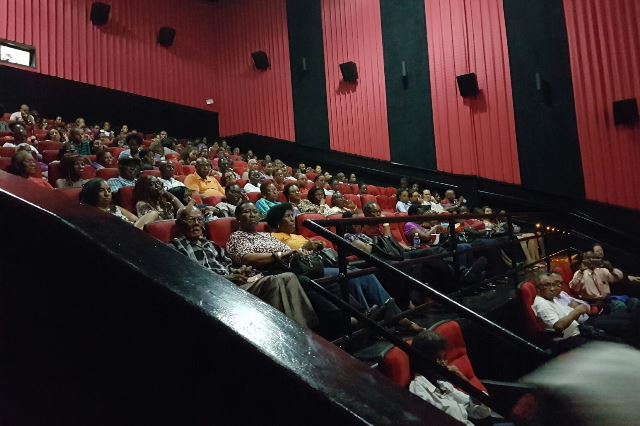 COLE BAY – On Monday evening, July 11, close to 400 people showed up at Megaplex Cinemas in Cole Bay to watch the documentary presented by the St Maarten Christian Party (SMCP). All persons could not fit in one hall. The documentary had to be shown in two halls simultaneously.

The documentary chronicled the events in the Fiji islands that led to a complete turnaround in government and a total transformation of the society. Crime, hate, social and economic collapse, witchcraft soared to an unacceptable high.

Then followed civil unrest, a coup and violence. The churches came together and cried out to God for mercy and for change. Three months before elections, a Christian-based party was formed and won with a landslide victory. The success of the party was attributed to unprecedented Christian unity, fervent prayer and a strong desire for change in the nation.

“Like Fiji, there is a strong cry for change in St. Maarten. We too are experiencing a plethora of failures in our nation at this time such as an unstable government over the last five years, a high level of corruption, social and economic deterioration, decrease in revenue, high unemployment, severe immigration problems and the list goes on,” SMCP said in a statement.

“The St. Maarten Christian Party is of the opinion that transformation in St. Maarten is also possible with the help of God, and the vote of the people who want to see good governance and Christian principles, values, integrity, transparency and accountability restored in government and in our nation. Together we can make a positive difference!” concluded the statement.