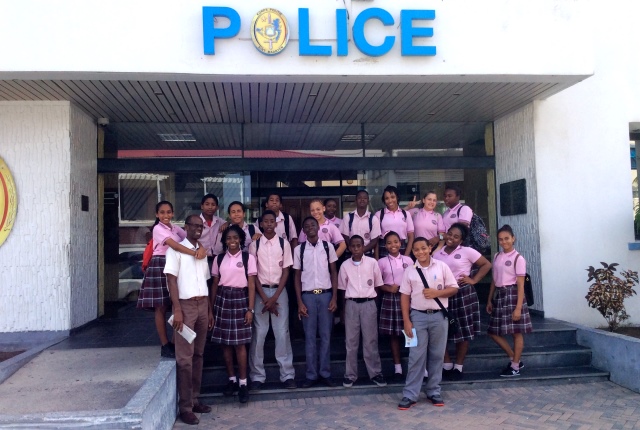 PHILIPSBURG – As the school year came to an end, Community Police Officers (CPOs) wrapped up the Cops & Kids program, which included one-on-one sessions where students asked the CPOs about their jobs and more general questions; an Open House where students visited the Main Station in Philipsburg and learned about departments within KPSM; Sports Day which allowed schools to competitively exhibit their skills, talents and athleticism; and the Great Debate, which allowed students to face their fears, enhance and practice their public speaking skills.

The program came to an end for the school year with the most improved student being honored at their respective schools. D.A. Chandler, S.P. Crispulo, E.S.  Josepha, S.P. Carty and. P.S. Bell brought the Cops & Kids program to a close as they visited the Seventh Day Adventist (SDA), Sr. Regina Primary and the Leonard Connor Schools (LCS) in school ceremonies to make the presentations to the unsuspecting students. 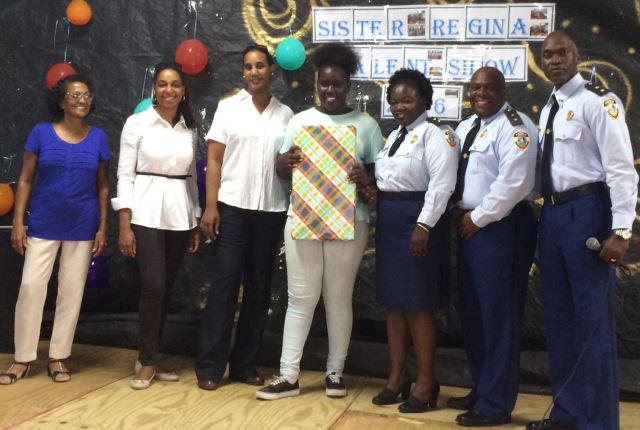 The three students, Julie Isaac (SDA), Ronesha Joaquin (Sr. Regina) and Nikisha Jean (LCS) were each selected by the school management team based on their performance and persistence during their school career.

Doing away with tradition, Cops & Kids instead shone the light on students who put in the effort and made great strides during the year. “These students already know what it means to work hard, they have faced and survived disappointment and they have persevered. They have the right mix of ingredients and experience to be great leaders,” a statement said. 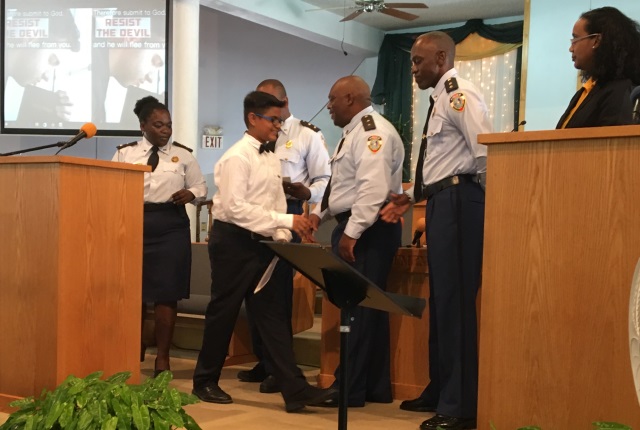 The students were encouraged to continue to work hard in secondary school and follow through on their commitments. The outstanding students received a laptop, which was donated by varying businesses that supported the program. “The importance of a laptop to a high school student cannot be understated as their academic responsibilities increase,” the statement continued.

Thanks are extended to Sol Antilles NV, Prime Distributors, Palapa Marina, Megaplex 7, and Office World for their generous donations of the trophies, laptops and use of facilities.

The Community Police Officers congratulated all graduates and wished them continued success as secondary school students.