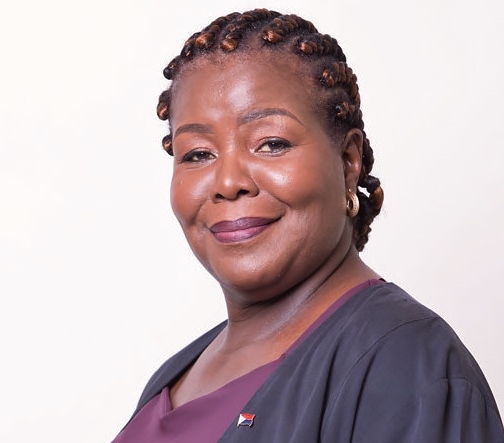 Born of a St. Maarten father and a Saban mother, I was raised in a family with strong Biblical values.

I left my parental home to further my education abroad, and took those values with me. Like most youngsters, when I tried to do my own thing, those values would tug at my conscience and keep me in line.

Living, studying and working in the Netherlands have taught me to rely on the values I was brought up with, and which I will carry with me for the rest of my life. The teaching I have received at home, the experience I gained abroad and the fact that God has kept me, have shaped me into the person I am today. A person who is compassionate and empathetic. So being there for people comes natural to me. This is the reason why the slogan of the St. Maarten Christian Party “Serving you for a change” resonates strongly with me.

If we look at St. Maarten’s situation, I am unable to identify an ideology in the different parties. What I see is people coming together on a party list and as soon as their personal expectations are not met, they jump ship. And the business of the people is not taken into account because it was never about the people in the first place. This leads to instability and lack of continuity in government as well as to insecurity and distrust on the part of the people and investors.

Eventually, we see a widening of the gap between the have and have nots. We also see an increase in crime, in poverty, in taxes as well as in the prices of goods and services. In general, the cost of living goes up and there is a noticeable erosion in the social, economic, and financial fabric of our society.

St. Maarten is hemorrhaging profusely; the people are hurting and they are sick and tired of being sick and tired of the type of representatives that we have had. Government has failed the people. The lack of integrity, transparency and accountability is blatant. People want to know that their concerns are taken seriously and that the elected persons that they put in government are working on their behalf.

As I look at all the problems facing our country they seem unsurmountable. However, sitting on the sidelines, feeling helpless about the situation and complaining about the government will not solve the problems. I had to ask myself. Do I want to be part of the problem or do I want to be part of the solution? I eventually decided to become a part of the solution. That is the reason I joined the St. Maarten Christian Party, which is a party that is concerned about the welfare of each citizen of this country. It’s a party whose ideology is Christian-based and as such it will uphold good governance and serve the people for a change.

I realize that if we want to see a change on St. Maarten, we cannot continue to vote the way we have been voting and expect a different outcome. And remember, that not voting is not an option!

I am making myself available by becoming a candidate on the slate of the St. Maarten Christian Party so that I can serve you the people and help to bring about the much needed change in our country.