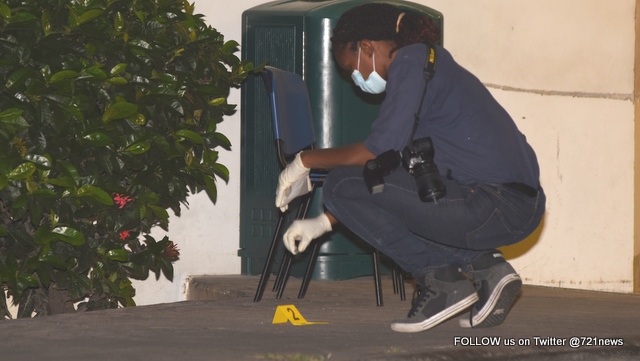 GREAT BAY – Franklyn Th. Was in the middle of a little gang war at the entrance of the St. Maarten Medical Center on February 29. On Wednesday he stood in the Court in First Instance, accused of firing shots at security guards. The prosecution demands 3 years of imprisonment against the 24-year old defendant. The court will pronounce its ruling on June 15.

The Dutch Quarter Gang and the Cul de Sac Boys had been involved in a fight on Soualiga Road where by several people sustained injuries. Three of them went for treatment to the hospital. Outside of the premises, their supporters from the two rivaling groups became hostile. The police showed up to bring the situation under control, but shortly after they left, several shots were fired.

Franlklyn Th. Was arrested shortly afterwards. Prosecutor Martin van Nes considered there was enough evidence to identify the defendant as the shooter but his attorney, Shaira Bommel had a different opinion. She accused the prosecution of tunnel vision and noted there had been a lot of pressure on investigators to solve the case.

Bommel maintained that her client is innocent and that someone else had given him a jacket that turned out to contain a firearm. Th. Threw it away immediately, or so he claimed, but investigators found his DNA on the weapon, thus linking him to the shooting.