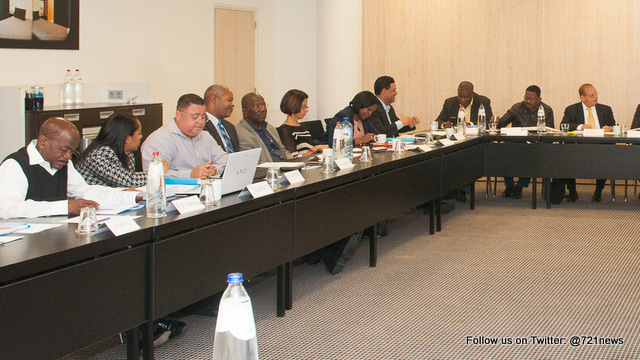 PHILIPSBURG, Sint Maarten — From May 31-June 3, 2016 delegations from the Parliaments of the Netherlands, Curaçao, Aruba and Sint Maarten will be meeting in The Hague, Netherlands for the Interparliamentary Kingdom Consultations (IPKO).

The four parliamentary delegations will be discussing a number of issues that include education especially where DUO is concerned and repayment by former students, innovative and sustainable energy projects, climate change and the Paris agreement, health care specifically further specialization of hospitals in the Caribbean part of the Kingdom, youth affairs, economic opportunities such as the possible introduction of a fast ferry between the Windward Islands and discrimination within the Kingdom.

The dispute regulation and the draft initiative Kingdom law to amend articles 14 and 38 of the Kingdom Charter of Second Chamber Member Van Laar are also on the agenda to be discussed. It is expected that the joint draft Kingdom Law for a  Dispute Regulation as submitted by Aruba, Curaçao and Sint Maarten back in January of this year will be at the center stage of the discussion. The program includes several work visits as well.

The Interparliamentary consultations will conclude on Friday June 3, 2016 with the adoption and signing of the Agreement List and a joint press conference of the four delegations.

The deliberations between the delegations are open to the public and can be followed directly through a live stream on the web site of the First Chamber and the Second Chamber, depending on the location of the meeting for that day, www.eerstekamer.nl or www.tweedekamer.nl.

Prior to the start of the Interparliamentary consultations, on May 30, 2016, the delegation of Sint Maarten will also be participating in the Tripartite meeting along with delegations from sister islands of Curaçao and Aruba. Among the topics to be discussed are travel with ID cards between the islands, decentralization of testament/will registration, a possible joint Constitutional Court, the possibility of getting Sint Maarten back on the UN Decolonization List  as well as several IPKO topics

The goal of the meeting is to prepare for the Interparliamentary consultation as well as discuss topics of mutual interest.

The Sint Maarten delegation partaking in the IPKO and Tripartite meetings will consist of the following members: