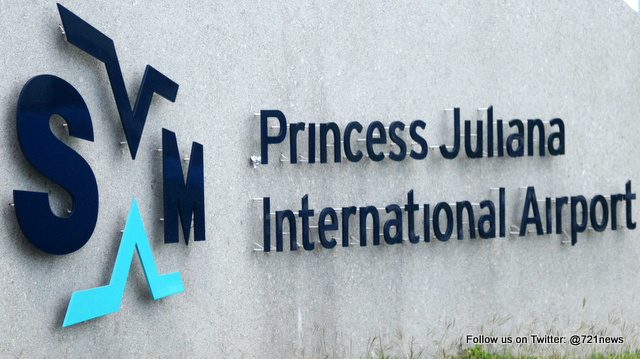 SIMPSON BAY, St. Maarten – The Princess Juliana International Airport (PJIA) has been named “Caribbean Airport of the Year 2016” by The Caribbean Journal, one of the region’s leading online journals.

In its edition of Tuesday, April 12, the publication named its “10 Best Airports in the Caribbean 2016” with PJIA topping the list.

The Caribbean Journal said its choice was “based on major criteria including aesthetics, food and beverage options, shopping and, importantly, customer service levels.”

With an iconic photo of a KLM aircraft approaching the runway from the Maho Beach end, and another photo of the Terminal Building, The Caribbean Journal described PJIA as, “A modern, well-run airport with perhaps the Caribbean’s best duty-free shopping collection. This was an easy addition to the top of this ranking. This airport has well-run immigration and, even more importantly, is the Caribbean’s great regional hub, with easy-to-make connections across the region.”

“Congratulations to the Caribbean Airport of the Year for 2016,” the journal added. The publication noted that, “These days, flying can be so stressful and soul-destroying that by the time you’ve navigated check-in, security and all the chaos of the concourse you’re desperate for a vacation – even if you didn’t need one before. Which is why we’re fans of these Caribbean airports, which make our tropical transits that much easier.”

The journal singled out “perks such as automated Immigration, plush lounges and smart layouts,” as part of the reasons for its top 10 picks.

“We’re very happy and also humbled by this recognition, the latest in a series of awards which St. Maarten’s Airport has been receiving in the last few years,” said Deputy Managing Director Larry Donker.

“It is because of the contributions and efforts of all stakeholders, in particular the entire airport community, that we are able to deliver the quality of service mentioned by the journal,” he said.

“The recognition makes us feel even more motivated to continue to work diligently to maintain our position as a leader in regional aviation,” Donker added.

Number 2 on the list is Antigua’s V.C. Bird International Airport, followed by Aruba and Nassau, Bahamas. Punta Cana, in the Dominican Republic was #5, with San Juan, Puerto Rico in the 6th position.