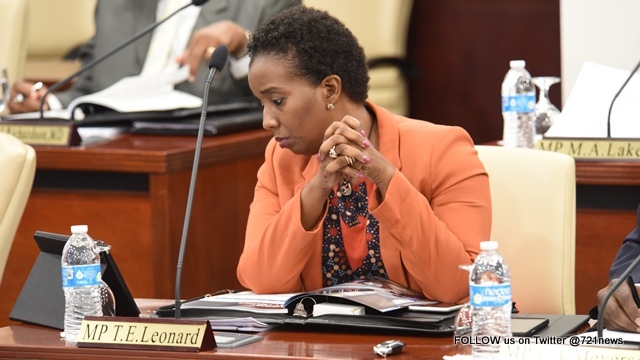 PHILIPSBURG, St. Maarten (April 21, 2016) – United People’s (UP) party Member of Parliament (MP) Tamara Leonard has again written to Finance Minister Richard Gibson. Her latest letter admonishes the minister for not answering questions she submitted last week about Moody’s downgrading of the country and plans surround a possible increase of the Turnover Tax.

“I have taken notice that instead of responding to me directly, you have chosen to address some of the issues I raised in the weekly Council of Meeting Press Briefing of Wednesday, April 20.  Am I to understand that this is your way of responding to questions posed to you by Members of Parliament,” MP Leonard stated in her letter to the Minister.

“I am of the opinion that if this is so, this would be contempt of Parliament and its role of holding the Executive Branch accountable to the people,” she said. “I hope this is not a new style of dealing with questions from Members of Parliament and I am still looking forward within short answers to the questions I submitted to you.”