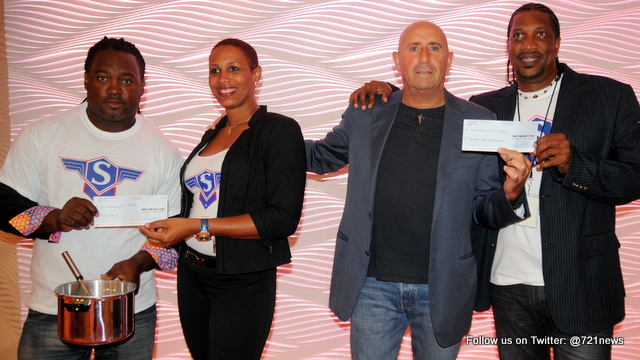 Marten lauded the winners of Soca Power King Vers and Soca Groovy the Mighty Dow, for what she termed as “great performances” at a very high level. She also made special mention of the first runner-ups in both categories: Kenyo Baly in the Power Soca category and Magic in the Groovy Soca category.

“All of the performers worked hard and they should be congratulated for stepping on stage and giving it all they had,” she said.

Not to take anything away from the 2016 winners, Marten used the opportunity over the weekend to address sentiments that the former Soca Rumble kings did not get what was due to them as winners. She stressed that not only is this untrue, it is wholly ungrateful considering how hard her team has worked to give St. Maarten a solid Soca product.

She explained that in 2015, both singers received their US $10,000 prize from Starz Casino, which was widely publicized in the media. Through her connections, they also received the opportunity to perform at the Miami Broward Carnival at two events on October 11, and October 12, 2015.

“Because of our bureaucratic process in government it was until the last minute they were able to obtain the tickets for the show. This happened the day before. But they arrived and because they were not preregistered they met up with setbacks with getting into the place. In the end they got their chance to perform and even made contacts with well-known people in the Soca entertainment industry,” Marten said.

Both singers also passed up on opportunities that could have greatly helped their careers. The first was to shoot a professional video clip and the second was signing a contract with Caribbean music label VP records (which would place their winning songs on iTunes), which could have opened many doors for the artists.

“Montage NV has given the 2015 kings everything that was promised. Their comments or rather lies, are disappointing considering the opportunities afforded to them.” She said she wants to public to understand clearly that the goal of Soca Rumble is to elevate St. Maarten’s Soca music and artists to levels of other well-known Caribbean Soca artists. For this to happen, she added, artists must be disciplined and “hungry.”

“This is most definitely not a money-making initiative when you look at the commitments to promotion, show production, prizes, etc. We are doing this for St. Maarten music. That should be the ultimate goal. We were hoping that we could get the cooperation from the artists to obtain this goal and we hope we still can,” she concluded.