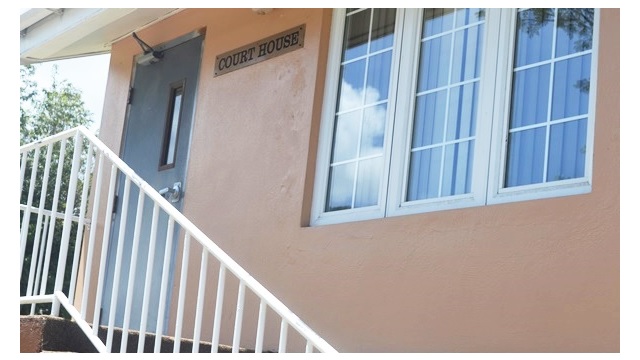 BVI — Tameka Johnson-Olliverre was instructed to seek counselling when she appeared in the Magistrate’s Court at John’s Hole today (November 20) on allegations that she – among other things – slapped her husband across the face.

Magistrate Ayana Baptiste-Dabreo told her to seek counselling from Dr Sylvia Simmons through the Ladies of Victory and Empowerment (LOVE) programme at the Family Support Network.

But the accused raised objection, citing a possible conflict of interest in having Dr Simmons as the counsellor.

According to her, Dr Simmons is already working with her husband in relation to other matters, and that would ‘conflict’ with the case that landed her in court today.

Swayed by that argument, Magistrate Baptiste-Dabreo pondered for a while about another option. She eventually told Mrs Johnson-Olliverre to visit another counsellor at a government department, and check whether that person is able to either assist her or suggest another counsellor.

The court will be updated regarding the counselling arrangements when the Sea Cow’s Bay resident makes her next appearance there on February 19.

She noted that the magistrate was ordering her to return to court on February 5 – her birthday.

“It is my birthday,” the woman told the court, adding that she would like another date.

The magistrate then granted her wish not to appear before the court on February 5, but instead on February 19.

Outlining the allegations against Mrs Johnson-Olliverre, the prosecution this morning stated that the incident unfolded at the accused woman’s home in Sea Cow’s Bay on February 16 this year.

It is said that, before going to the residence, the husband and a son he shares with Mrs Johnson-Olliverre were in the company of a ‘female friend’.

The husband asked the female friend to take him and his son to Mrs Johnson-Olliverre’s home, because it was raining heavily.

When they reached the residence, all three of them remained in the friend’s vehicle for a while.

It is alleged that Mrs Johnson-Olliverre spotted them, approached the vehicle, and ordered her son out.

She then allegedly ‘collared’ the husband.

He exited the vehicle and started to walk away, but Mrs Johnson-Olliverre reportedly went in pursuit of him.

She also hit him on the neck, the court further heard.

It is alleged that, when the husband later tried to leave the residence, Mrs Johnson-Olliverre slapped him across the face.

A struggle which ensured was broken up by a third party.

The husband was treated at Peebles Hospital, but the prosecution is not yet in possession of the medical report.

The matter was reported to the police, and Mrs Johnson-Olliverre was charged with common assault.

She today pleaded not guilty to common assault, adding that she acted in self defence.

The accused woman appeared in court on police bail, and the prosecution did not seek to have her freedom curtailed. She said she has not been living with her husband for two years.