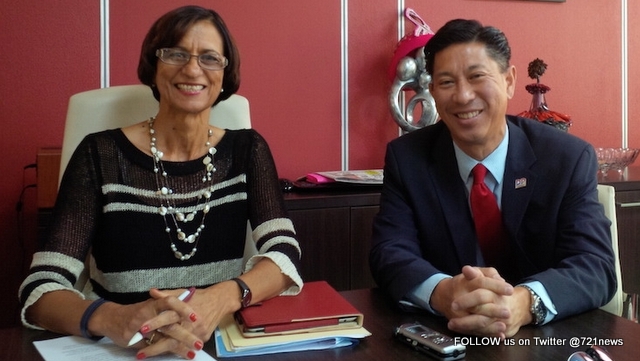 PHILIPSBURG, Sint Maarten — We have heard of many advices from far and near regarding the decision of the ousted UP/Gumbs government to dissolve parliament and call a new election.

As I have stated before, the actual decree formalizing the government’s decision (LB – 15/0992) is full of holes, but does provide a glimpse of government’s true intentions for the people of St. Maarten.

According to the UP/Gumbs government, elections will be their mandate to carry out far reaching decisions of a financial economic nature. What these decisions are, is any-one’s guess.

However, with all the advices,  the Gumbs cabinet has not once stated what their internal Legal Affairs department has advised them with respect to this infamous decree of government to dissolve parliament.

How will we find out if there is such an advice and what it states?

Making use of the provisions provided in the ordinance Open Government ( yes, we do have such an ordinance), I have submitted the following request to government:

The undersigned, Sarah Wescot-Williams, making use of the provisions of the national  ordinance Open Government, hereby requests you to urgently  provide me  with the  advice(s) rendered by the Department of Legal Affairs to the council of ministers of St. Maarten in relation to the captioned decree (LB – 15/0951).