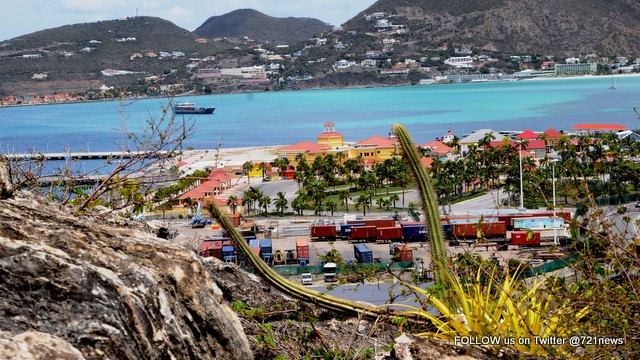 The observance and celebrations carry the recurring theme: “One Sea, One Voice, One Caribbean.”

“Everybody who comes in contact with a cruise passenger and crew member, and who has left them with a smile, have contributed to our country’s success story as a premiere mature cruise destination in the Caribbean.

“On Caribbean Tourism Day, we can take our hats off and say, job well done. The visitor experience during their stay on the island is one of the most important components to keep our guests coming back.  As an individual working in the sector, each one of us must ensure that our visitors leave with a smile to come back.

“There are more competitors out there going after the same group of visitors.  The Caribbean continues to rank as the dominant cruise destination, accounting for more than a third (35.5 percent) of the global deployment capacity market share in 2014.  We have to continue to make sure that we remain at the top and continue to do what we do best in the new approaching 2015-2016 high season,” Port St. Maarten’s Chief Executive Officer (CEO) Mark Mingo said on Monday, the eve of Caribbean Tourism Day.

The country’s cruise sector has grown in leaps and bounds over the past 50-years. Port St Maarten in 2014 celebrated its 50th anniversary as a cruise destination. June 3rd, 1964 marked the inauguration of the A.C. Wathey Pier.

In September, at Seatrade Europe Cruise & River Convention, Port St. Maarten was ranked number five (5) in the World as a Cruise Transit Port.  At the 22nd annual Florida Caribbean Cruise Association (FCCA) Cruise Conference and Trade Show that concluded in Cozumel, Mexico last month, Sint Maarten led all destinations with nearly US$423 million in cruise passenger spending, followed by the Bahamas with US$373 million, Cozumel with US$365 million, the U.S. Virgin Islands with US$344 million, the Cayman Islands with US$208 million, Jamaica with US$199 million, and Puerto Rico with US$198 million. Average per passenger expenditures ranged from a low of $42.58 in Trinidad to a high of $191.26 in St. Maarten and averaged $103.83 per passenger visit across the 35 destinations.

The BREA (Business Research & Economic Advisors) Report, is the latest survey-based analysis of the impacts of passenger, crew and cruise line spending, which was prepared for the FCCA and Participating Destinations, October 2015 edition.  The last one was back in 2012.

35 destinations took part in the study.  They were located in the Caribbean, Mexico and Central and South America.

During the 2014/2015 cruise year, cruise tourism generated US$3.16 billion in direct expenditures, 75,050 jobs and US$976 million in employee wages among the aforementioned destinations.  For St. Maarten, the cruise business created over 9,000 jobs and an annual total employee wage income of over US$189 million.

An estimated 4.5 million crew members that visited the 35 participating destinations according to the study spent an estimated $302 million for goods and services during the 2014/2015 cruise year.

“Reinventing Cruise St. Maarten,” is about the port continuing to strategically invest and work with local stakeholders and cruise partners to keep the country in its current leading position as a mature destination.

“Today Port St. Maarten is ranked number one in the Caribbean region and number five in the world, as a primary cruise destination and a cruise transit port, and this success is all attributable to the men and women working in the hospitality and tourism sectors.  We at Port St. Maarten would like to say thank you, and let us continue to work together, Happy Caribbean Tourism Day,” CEO Mingo concluded.