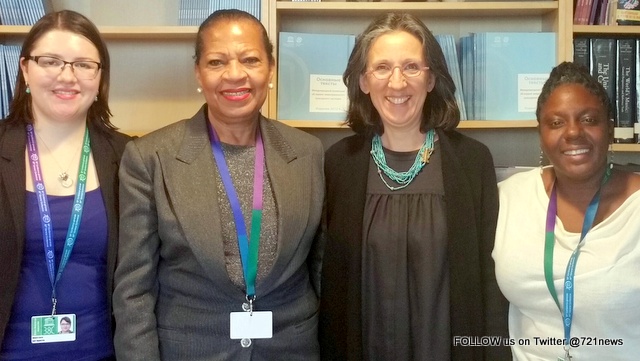 The UNESCO Memory of the World Programme aims to facilitate preservation, universal access and increase awareness of the world’s documentary heritage.

UNESCO’s Convention for the Safeguarding of the Intangible Cultural Heritage main objective is to safeguard the practices, representations, expressions, knowledge and skills that communities, groups and, in some cases, individuals recognize as part of their cultural heritage.

This may be found in areas such as oral traditions and expressions, performing arts, social practices, festive events, and traditional craftsmanship.

During the meetings held in Paris, the delegation made use of the opportunity to gather information on the procedures and requirements for the submission of nominations to the UNESCO documentation heritage list and the UNESCO Intangible Cultural heritage list.