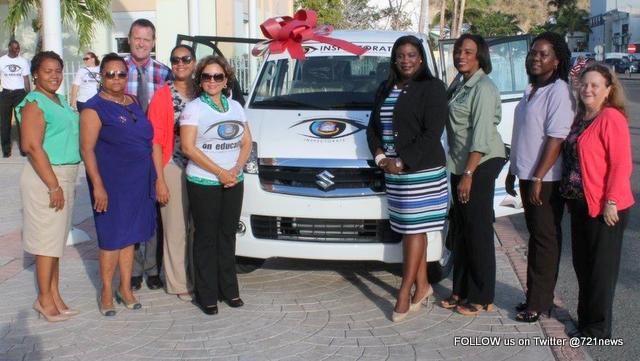 GREAT BAY, Sint Maarten (DCOMM) – The Inspectorate of ECYS at the Ministry of Education, Culture, Youth and Sports (Ministry ECYS), Truancy Team, will increase its visibility in the area of truancy surveillance for students who have an unexcused absence from school.

The Inspectorate currently has an on-going public awareness campaign under the banner, “Are your kids in school today?”

In order to up hold the “Compulsory Education Law” which states that all children between the age of 4 and 18 must be enrolled in and attending school, the Truancy Team at the Inspectorate ECYS will continue to visit the various schools creating awareness about the compulsory education law.

The Truancy Team has also made several strategic developments such as: increasing its man power from two to four Truancy Officers, purchasing of a Truancy van to be used during school hours and/or throughout the day. The van will be used to patrol in various neighbourhoods.  Students who are on the road without permission from their school will be escorted back to school.

Home visits will also be conducted. The increased activities will be carried out in order to curb the growing issues with regards to students skipping school/classes, and possibly decrease the drop-out rates.

Lacking an education, youngsters are more likely to end up unemployed and at risk of becoming involved in crime, both as victims and as offenders.

Truant behaviour has fiscal and economic impacts on a society such as the costs of incarceration and loss of economic productivity and tax revenues.  The Truancy Team at the Inspectorate ECYS has as its main goal to firstly prevent truancy, and for those found heading in the wrong direction to re-direct them!

The community plays a very important role where it comes to helping to enforce Compulsory Education.  If members of the community are aware of youngsters unlawfully staying home; or loitering, they should contact the Inspectorate of ECYS Truancy Team immediately.

The Truancy Team can be reached at: Tel. 542-3479 or 542-3182.  You can also email reports of truancy to: truancyoffice@sintmaartengov.org or call the aforementioned numbers.

PHOTO CUTLINE: Inspectorate of ECYS staff along with the Minister of Education, Culture, Youth and Sports Rita Bourne-Gumbs (4th from right) and the Truancy Team “Eye on Education” van. DCOMM Photo