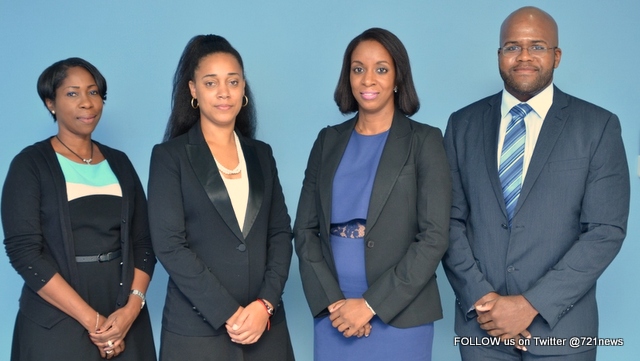 The Bureau has the legal status of an independent governing body and falls under the jurisdiction of the Ministry of Tourism, Economic Affairs, Traffic and Telecommunication, currently lead by the honorable Minister Ernest Sams.

The National Ordinance BIP has gone into effect as per October 1st, 2015. The Bureau opened for business on-line on October 5th, 2015. As of this date private persons and businesses in Sint Maarten, our neighboring islands in the region as well as any other trademark applicant in the world can register their national and international trademarks via the online registration system.

BIP SXM is the official body responsible for the execution of the Trademark Ordinance and delegated laws as well as providing information about other areas of intellectual property to the public, such as patents and copyright. Everyone is invited to visit the website of BIP SXM: www.bip.sx.

The process for opening BIP SXM started well before 10-10-10. Since December 2014 the staff of the Bureau for Intellectual Property Sint Maarten in formation (BIP SXM i.f.) together with the project coordinator, Mr. R. Mazel have been working on the various legal as well as practical steps necessary for the official legal implementation of the law and the opening of the office BIP SXM. The former Minister of TEATT, the honorable Minister Connor along with his cabinet have worked vigorously together with BIP SXM i.f. for the realization of the start date of the Bureau as of early 2015.

Pursuant to article 8 of the National Ordinance BIP, the Supervisory Board of the Bureau has been formally appointed by means of a National Decree on August 31st, 2015. The Supervisory Board consists of 3 members: Ms. M. Hoeve (Chairman), Ms. G. Vlaun (Vice-Chairman) and Mr. A. Bell (Secretary).

As of October 1st, 2015, the Bureau for Intellectual Property of Curaçao is no longer the competent authority for registering Sint Maarten trademarks and will not handle/process any requests received on or after that date. The two Bureaus are working diligently together for the smooth transition of the trademark registers.

The Bureau will be working in close cooperation with the Benelux Office for Intellectual Property, which has provided Sint Maarten with an online trademark registration system, available on www.bip.sx. This innovative system will make the procedure for trademark registration easier, faster and more transparent.

BIP SXM is also a member of the World Intellectual Property Organization, also known as WIPO. International trademark registrations are requested via the office of the WIPO.

All of the above measures and working relationships ensures that BIP SXM will offer the best possible Intellectual property services to the Country.