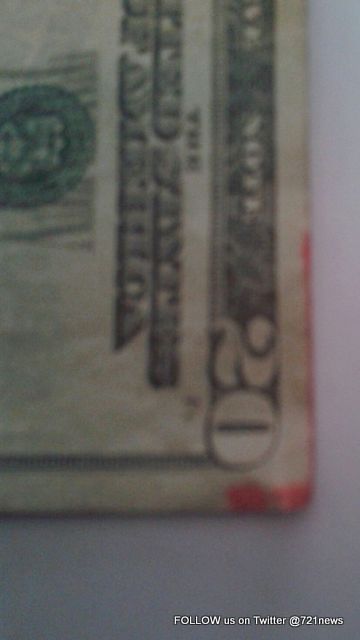 PHILIPSBURG, Sint Maarten — 721 news has been contacted by a number of people who have been getting money with red dye on it from several WIB ATM machines. One person said that she took out money from the ATM at Divico in Cole Bay and went to the movies and did not notice the red stain on a $20 bill. The movies however did notice this and refused the money.

The day after the person went to WIB to complain about this and was given a receipt while the money was confiscated from the client. Another person contacted 721 news today, Monday and informed us that they took out money from the WIB machine at Le Grand Marche who also had some red stains on it and was forced to bring it to the WIB Branch who confiscated the money and did not return unstained money to them.

Windward Islands Bank Managing Director Derrick Downes confirmed to 721 news that there are indeed some cases reported to the bank however the bank has to confiscate the money and hand it over to the police. “You have to remember that the police informed the population about the red dye on the bills five days after the robbery, the money was in circulation already.

After we were notified by the police we started to look out for these bills however it has been in circulation already and it was very hard to trace it. To clarify, the money is not completely dyed in red, when the dye pack exploded in the money bag, top and bottom of the money stacks were tainted full red however the bills in between was not dyed fully red. Some of the bills the edges have a smear of red but is rather difficult for the naked eye to catch right away,” said Downes.

He continued “It is not only WIB ATM machines have been affected by this, because the bills have been in circulation 5 days prior to the police warning, when we get these bills we investigate whether the bills came from us because you can guess, the robbers can come and claim that they get it from us and we give them new bills, that would mean that we are cleaning the money for them. Once we have verified that it was indeed from our machines, it will be refunded.”

On October 7, masked gunmen stormed in Rouge Et Nour Casino and robbed the established. On October 13, the police announced that during this robbery a money bag containing an explosive “dye pack” was stolen and taken from the casino. When the bag in question was removed from the casino it exploded and it stained all of the money inside of the bag with a red color, causing the money to become easily identifiable. Police requested any business or person to contact the police if these bills are spotted. Failure to do so would result in the business or individual to become a suspect in the case. 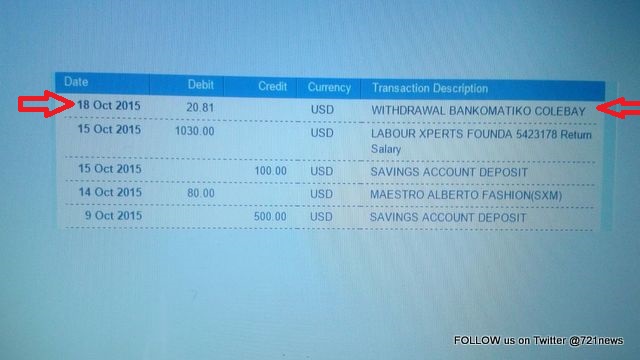