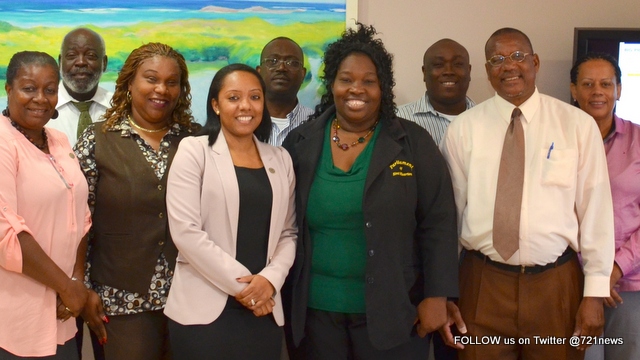 Effective September 1st, 2015, the “Function Book” is being used to guide the daily running of the secretariat of the House of Parliament, and the previous document from October 10, 2010 is no longer in use.

Prior to Sint Maarten becoming a country in 2010, a number of organizational resolutions for different sectors within Government were established based on the Organizational Ordinance Island Territory Sint Maarten.

As of October 10, 2010, the legal basis was turned into a National Ordinance and sectors became ministries.  Each ministry had a “Function Book” that listed the tasks for each department or section within the ministry.

Since the inception of the Parliament of Sint Maarten, the function book secretariat has been in existence.  The presidium throughout the years discussed on several occasions the revision of this “Function Book” for the secretariat.

The Presidium of Parliament comprising of the President and the two Vice Presidents, requested a human resources assessment of the “Function Book” for the Parliamentary Secretariat in early 2015 to start up the process to revise the aforementioned book.

The objective of the human resources assessment was to gain insight into which functions were necessary for the proper functioning of the secretariat, and based on the outcome, some adjustments were made to the “Function Book.”

A separate “Function Book” for the Cabinet of the President of Parliament was also established on August 6.  This function book contains the functions of Secretary and Driver, and the positions are defined in the aforementioned document.

The Management Team comprises of the three Secretary Generals.

PHOTO CUTLINE: Staff of the Parliament of Sint Maarten during one of the workshops about the parliamentary secretariat “Function Book.”