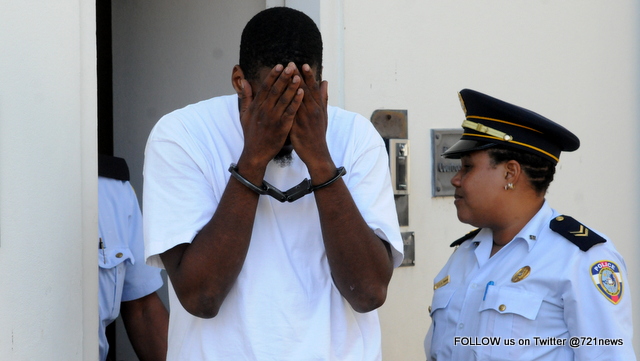 A suspect in the daylight armed robbery of Helena Jewelers in Philipsburg on July 24th 2015, was arrested on Wednesday October 21 at approximately 07.30 p.m. The arrest took place without incident on the L.B. Scot road. The male suspect in his early twenties was taken to the Philipsburg Police Station where he remains in custody for further investigation.

PHILIPSBURG, St. Maarten – A robbery suspect was arrested Thursday in the vicinity of Texaco on the Bush Road.

The suspect Anthony L. Joseph aka “Mouse” of St. Peters, 28 years old was arrested as a suspect in the Helena Jewelry Store robbery.

He is the first suspect to be detained by law enforcement in connection with this crime and the hunt continues for the remaining suspects.

The amount of remaining suspects is not known at this time.

Joseph was led before the Judge on Friday and he too will have to remain in custody for another eight (8) days as the investigation into the Helena robbery shifts into high gear.