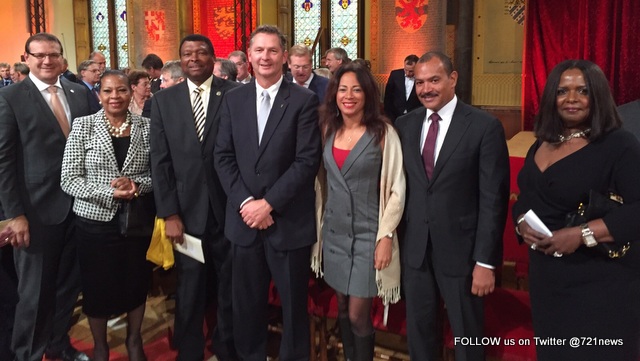 The celebrations marked the bicentenary.  Speeches were made by various dignitaries including the Dutch Prime Minister and Chair persons from the First and Second Chambers of the Dutch Parliament.

“Everyone seemed to have enjoyed a very contemporary ceremony of the 200 year celebration of the two Dutch Chambers of Parliament.

“The ceremony was very light and very fresh with lots of beautiful singing.  It was an event that highlighted the countries – the Netherlands – main mode of transportation, the bicycle,” Minister Fleming-Artsen said on Sunday.