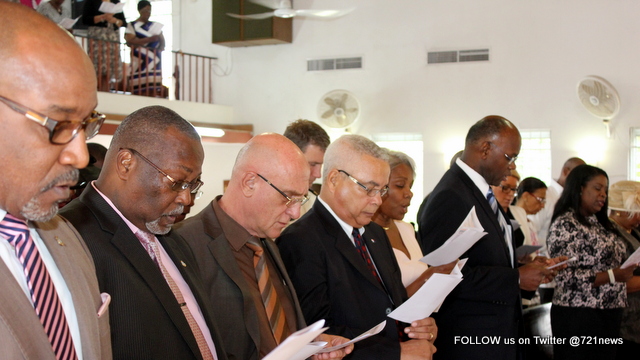 Also in attendance was His Excellency Governor Eugene Holiday and Mrs. Holiday.

Members of the Council of Ministers present were: Minister Claret Connor, Minister Rafael Boasman, Minister Martin Hassink, Minister Ernest Sams, and Minister Rita Bourne-Gumbs, who was the host of the church service.

The sermon was delivered by Father Terrence Rawlins.