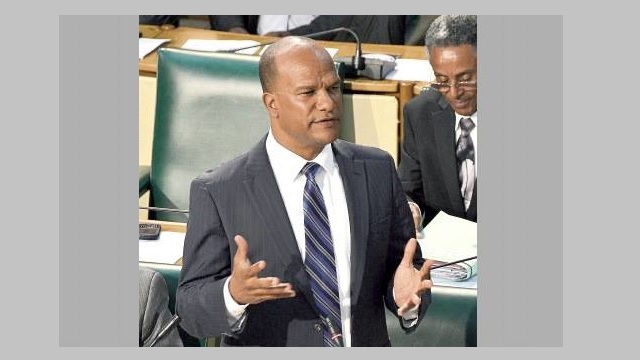 JAMAICA — THE Court of Appeal has chided security minister Peter Bunting for his deportation of a Curacao national notwithstanding a court order not to do so in April 2013.

The court also rapped the minister for “castigating” a magistrate’s decision to hear an application on a Saturday from lawyers representing Shurendy Quant, whom he had labeled a drug kingpin.

The court last week described Bunting’s statement regarding the magistrate as “unfortunate” and said the minister should have instead commended the magistrate.

Retired Court of Appeal President Justice Seymour Panton, in the ruling, said he was “surprised” that the minister “does not know that a resident magistrate may properly sit and dispose of matters on days other than those that have been gazetted”.

The court also slammed Bunting for claiming ignorance of an order by the Supreme Court barring Quant’s deportation.

“In light of the integral function the minister plays in the deportation of an alien, the assertion that he was ignorant of the court’s order staying his order is curious. It is certainly odd, in light of the crucial role he plays or ought to play in a deportation, that he didn’t acquaint himself with the outcome of the proceedings,” the court noted.

Bunting had signed an order on Friday, April 5, 2013 for the deportation of Quant, after a taxi in which he was travelling in St Ann was found to contain ganja that the driver of the vehicle subsequently claimed.

Quant was not charged but was taken to the Narcotics Division in Kingston where his attorney Chukwuemeka Cameron inquired about his release to no avail.

His attorney applied for a writ of habeas corpus before the magistrate on Saturday, April 6, 2013.

The magistrate then adjourned the matter to the Monday after little information was forthcoming when she inquired from the police officer present the reason for Quant’s detention.

At the adjourned hearing, a Detective Inspector Johnson presented the court with two orders signed by Bunting for Quant’s deportation. This was the first time the appellant was made aware of the deportation orders.

The officer informed the court that there was no narcotics investigation against Quant.

The magistrate then adjourned the matter for April 11, 2013, during which time Quant’s legal team filed in the Supreme Court a habeas corpus application and an application for judicial review of the minister’s deportation order.

Quant’s legal team also obtained an interim order staying Bunting’s order of deportation. However, Quant was deported on April 11, 2013, a day before his challenge of Bunting’s order was scheduled for hearing in the Supreme Court.

On that same day, Bunting told a public lecture at the University of the West Indies regarding Quant that, “There was a clear national security interest here, an alleged narcotic kingpin, wanted internationally… Interpol arrest warrant.”

He called the Saturday sitting of the court to hear Quant’s matter “very unusual, highly puzzling” and added that “it was very strange to the police officers as well”.

Prior to that, Quant was never informed that he was viewed as a narcotic kingpin and that there was an Interpol warrant for him, nor was he given a reason for his deportation.

Following his deportation, Quant filed contempt of court action in the Supreme Court against Bunting, among other things. But the court ordered that Quant deposit a million dollars in an account to cover Bunting’s legal cost should he fail in his court action.

He successfully appealed the Supreme Court ruling, with the Court of Appeal delivering its decision last week that Quant does not have to deposit the one million dollars.

It’s in that decision that the appellate court blasted the minister.

The court said that Bunting’s comments, if he was properly quoted, lend credence to Quant’s allegation that the minister’s pronouncements tended to and/or were calculated to interfere with the administration and/or course of justice.

“His statement inveighing against the magistrate for her industry is unfortunate. The rationale for a magistrate or judge making himself/herself available at any time of day or night is to prevent an irreversible wrong occurring, such as unlawful deportation,” the court said.

“There was nothing sinister about the judge sitting on a Saturday afternoon to hear an application for a habeas corpus writ. It was her duty to sit and she ought to have been commended rather than castigated and have aspersions publicly cast on her character,” the court added.