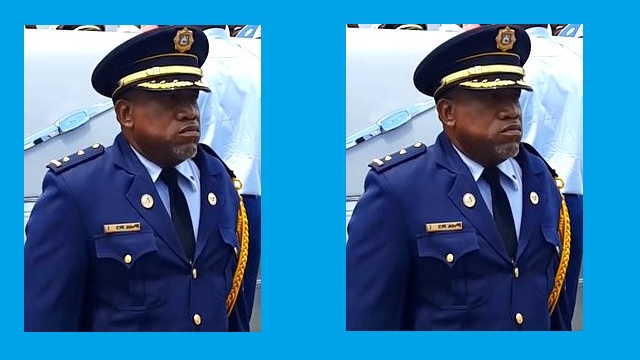 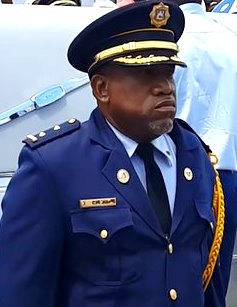 John will take the oath of office and accept formal transfer of authority in the coming days. De Witte remains in the service and will execute several special assignments for the Ministry of Justice.

The Justice Ministry announced John’s official appointment on Tuesday afternoon by stating in a press release that the decree putting him in the top job had been signed by Governor Eugene Holiday and Justice Minister Dennis Richardson last week.

De Witte “voluntarily kept his promise to vacate the position after five years in favour of the appointment of a qualified local candidate,” cited the press release.

According to the Justice Ministry, Government “acknowledges the contributions and sacrifices” De Witte has made for the development of the Police Force.

An independent selection committee put in place to interview and assess the qualifications of the candidates for the position of Police Chief “unanimously recommended” Carl John. Based on that recommendation and the advice of the Justice Minister, the Council of Ministers also unanimously agreed to John’s appointment.

The Government congratulated John on his appointment and is “convinced that he is capable of taking the Police Force to its next level of development.”