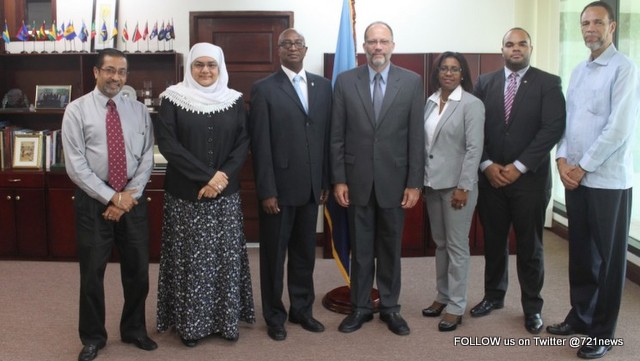 GEORGETOWN, Guyana, Sep 16 2015 – The Secretary-General of the Caribbean Community (CARICOM), Ambassador Irwin LaRocque, met with a delegation from St Maarten – one of five Caribbean countries seeking Associate Membership in CARICOM – on Monday 14th September 2015 at CARICOM Headquarters in Georgetown, Guyana.

In addition to discussions on the terms and conditions of Associate Membership, the delegation received information on the structure and work of CARICOM and the ongoing reform of the Community and the Secretariat.

St Maarten already enjoys a good relationship with CARICOM, as it has attended meetings of the COHSOD (Council for Human and Social Development) as an Observer, it participates in the Caribbean Public Health Agency (CARPHA) and offers the Caribbean Examinations Council (CXC) curricula and examinations in its schools. The delegation also met with the technical directorates of the CARICOM Secretariat and representatives of CARIFORUM.