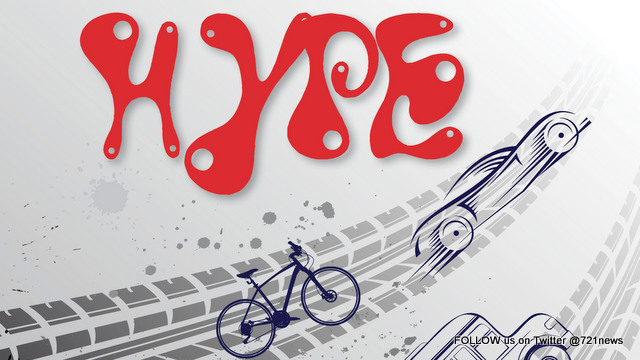 Seven Seas Water sponsored 2015-2016 HYPE school agendas to provide to 300 underprivileged students at our nations schools. Seven Seas stands firm in its belief that education is the key to a brighter future and welcomed the opportunity to make the HYPE Agendas available to high school students in St. Maarten.

This is the fifth edition of the school agenda, which was produced by a team which included students from various high schools in St. Maarten.

Seven Seas Water Managing Director Franklyn Richards said the company supported the initiative in keeping with its philosophy of being a good corporate citizen and a firm supporter of education and educational initiatives. “As such, we regularly embrace the opportunity to contribute towards the development of our community in general, and youth in particular,” Richards said in a press release on Thursday.

Richards noted that Seven Seas Water recognizes education of the country’s youth as a fundamental necessity in preparing the younger generation to assume their social, civic and corporate roles in the future.

“Many of these students do not always have all the needed tools and accessories available to them, during their years of attending school. Some come from underprivileged backgrounds and deserve all the extra help they can get. A school agenda is a practical tool that could be put to very good use. Contributing to education, in general, remains one of our interests. With all of the aforementioned in mind, Seven Seas Water quickly got on board when approached about this initiative,” remarks the Seven Seas Water official.

HYPE coordinator Zulayka Peterson says that all the persons involved in bringing the agenda to fruition are extremely grateful to Seven Seas Water for recognizing the essence of supporting the education of youth in St. Maarten, by providing students with a product that can help make their lives easier in school.

“Thanks to Seven Seas Water, our budding leaders and young academic scholars have an item to help them as they are moulded to take over our roles in the future,” Peterson said. “Seven Seas Water has again demonstrated that it is a good corporate citizen and a supporter of education.”