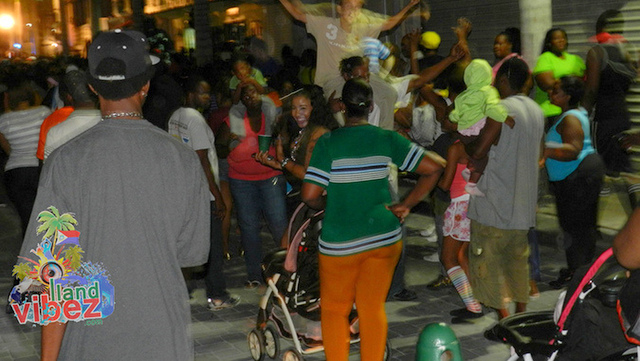 PHILIPSBURG, St. Maarten (September 11, 2015) – As preparations for Carnival 2016 already taking shape, addressing the much-talked-about involvement of young people in adult-oriented festival events must be dealt with for their best interest and development, says United People’s (UP) party Member of Parliament (MP) Tamara Leonard.

“We have all seen very young children out all hours of the night, mothers pushing babies in strollers behind Carnival trucks. There is talk in government circles about limiting traditional Carnival Jump-Ups in an effort to stem the involvement of youngsters in these events. I can understand that this would be a reaction to the situation but in my opinion doesn’t hit at the root of the problem,” MP Leonard said. “Carnival, itself, should not have to suffer if a more prudent approach can be taken to the issue of youth involvement in what many see as adult activities. That approach focuses on parental responsibilities.”

“Every Caribbean island has a Carnival activity and the governments of these islands recognize their responsibility towards the future generation of the country. St. Maarten Carnival models itself after the largest Carnival in the Caribbean basin; Trinidad & Tobago. As recently as 2012 the government of Trinidad & Tobago enacted the “Children Act”, a broad, far reaching law that also touches on parental responsibilities (in terms of children being out in public) and the consequences of not living up to those responsibilities,” she said.

The MP continued: “From what I have observed, Carnival and its local stakeholders cannot afford to lose any more of its festival upon which the same stakeholders depend. Case in point: The jump-ups. The Carnival Foundation hosts five jump-ups a year. Three of these jump-ups are traditional mainstays (opening of Carnival Village, Jouvert and Last Lap). The other two, the Causeway Jump-Up and Around Town Jump-Up, are sponsored by the government own company TelEm and are vital to local bands who secure much needed funds for participating in these events.”

In other words, the MP explained if any of these events are disallowed it would directly eliminate any opportunity local bands and artists have at not only showcasing their talent, but securing funding to assist with their general Carnival preparations. “And, again, this would not address the root of the problem.”

She recommends that government and the Minister of Justice in particular use a similar approach as was used this past Carnival by the Police Department in curbing juvenile delinquency during Carnival; use a model that would issue fines to neglectful parents whose children are out on the street without responsible, adult supervision. “Naturally the police department cannot round up every youngster on the street, but they can start by holding many parents accountable and sending a strong message that this practice will not be tolerated. An entire campaign can be tailored around this new approach, legally cemented in an MB.”

“To compliment these efforts, I’ve been informed that the St. Maarten Carnival Development Foundation (SCDF) has already passed a new regulation for Carnival 2016 and beyond that would impose age restrictions for Carnival Village. The SCDF, as I understand it, would prohibit entrance to unsupervised youngsters 14 years of age or younger to adult oriented shows while maintaining general entrance for youth oriented shows. The SCDF will also be prohibiting booth holders from bringing their underage children to Carnival Village who stay there until 3:00amsometimes,” the MP said.

Combined with fines on the road, the MP said these efforts by the SCDF can be good first steps in achieving what all parties want to achieve without negatively affecting Carnival itself. “Government should not play the role of parents, rather remind parents of their responsibility of being the first line of defense in safeguarding their children. Parents owe a duty of care to their children and they must understand that they can be held legally liable for any harm that may befall their child once it has been discovered that they were negligent in discharging their responsibilities.”

MP Leonard plans to call on the Minister of Justice, SCDF and other relevant authorities to discuss this approach and at the least have a framework in place for the upcoming Carnival season.