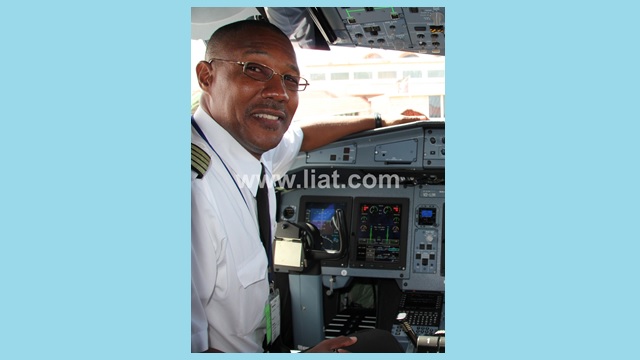 Prior to taking up his current role, Captain Senhouse was the Chief Pilot – a position he took up in February 2014. He was responsible for the pilots and line operations.

Captain Senhouse joined LIAT in April 1987. Since then he has held a number of senior positions within the company including Training Captain on the Twin Otter aircraft. He also served as Chairman of the Leeward Islands Airline Pilots Association (LIALPA).

LIAT Chief Executive Officer David Evans said: “We are pleased to announce the appointment of Captain Senhouse in the role of Director Flight Operations, overseeing one of the most important aspects of our airline’s operations. His extensive experience within the airline will certainly add strength and depth to our senior management team.”

The new DFO said: “I am humbled by being chosen to head one of the most complex departments within the airline industry. I have joined the management team of LIAT when the airline is at the crossroads of completing its fleet renewal programme and totally reinventing itself into a Caribbean entity we can be proud of. I’d like to thank LIALPA, which I led in 2012, for providing exposure and training consistent with our line of work. I will work tirelessly to ensure that LIAT continues long after I’m gone so that, just as I dreamt to fly a LIAT aircraft; other Caribbean boys and girls may live that dream.”