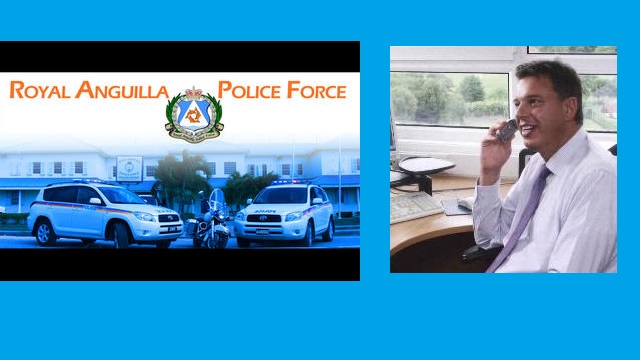 ANGUILLA –– HE The Governor Christina Scott has today announced that Mr Paul Morrison has been appointed as Commissioner of the Royal Anguilla Police Force.

Commenting on the appointment, the Governor said:

“I am pleased to announce the appointment of Mr Paul Morrison MBA, Chief Superintendent Surrey and Sussex Police (Ret.), as Commissioner of the RAPF.

In recent weeks I have listened to and carefully considered the many views expressed publicly, as well as the representations received directly to me from a wide selection of people in Anguilla.

I wish to be clear about the process of this appointment. In the full and open competition earlier this year to appoint a successor to retiring Commissioner Proctor, there were two stand-out candidates, between whom the interview panel deliberated at length: Mrs Stewart and Mr Morrison. So close was the decision that in writing to the Public Service Commission in March seeking approval to appoint Mrs Stewart, I asked for their approval to appoint Mr Morrison as an alternate, without having to reopen the recruitment process, if for any reason Mrs Stewart’s appointment did not proceed.

In the past fortnight I have asked for advice from the Public Service Commission and the original interview panel (Ms Vida Lloyd-Richardson, Mr Don Mitchell QC, and Mr Larry Covington, FCO Law Enforcement Adviser). The Chief Minister has also kindly given me his time and views.

All of those consulted were of the opinion that Mr Morrison should be appointed promptly, without the need to open a new recruitment process. Reasons included that an early appointment would be better both for the development of the force and for wider public confidence in the operations of the RAPF. A secure and safe society is important for Anguilla’s development, and so too is the need for strong leadership to support the RAPF and continue the work on community policing and tackling serious crime started by the former Commissioner.

I am therefore pleased to appoint Mr Morrison and look forward to welcoming him to Anguilla next month.”

On the announcement of his appointment, Mr Morrison said:

“It is an honour to have been appointed as the Commissioner of the Royal Anguilla Police Force.

I recognise that recent months have seen a number of developments which may have been both unsettling for the officers and the public, and has also placed a particular focus on this role. It is therefore a privilege to have been given the opportunity to bring my extensive policing and leadership experience to support the continued development of the force, with the safety and security of everyone in Anguilla the key goal.

Since my first day in uniform, and across 31 years working in three UK forces, I have made protecting communities my priority. I have worked to improve the treatment of victims, and to deliver a service that is the best fit for the people I serve. My approach to policing is intelligence and evidence-based, with an aim of providing better value for money through working with other public services and government to find solutions to complex problems. I take great pride in my determination to encourage the best ideas from those at all ranks of policing, and developing the input and experience of those across my commands.

Policing is often referred to as ‘a job like no other’ – and there is no other career where I would have gained the life experience, insight and expertise I have over the past 31 years. Drawing on the guidance and advice of the officers of the RAPF and the public they serve, I look forward to using my experience to develop new partnerships to increase the safety and security of everyone who calls Anguilla home.”

Mr Paul Morrison was most recently Chief Superintendent and Head of Operations for Surrey and Sussex Police in England. In that role he led 900 staff and was responsible for a budget of over £30m. He has worked at the highest levels in multi-agency groups, as a senior commander for complex events, and holds a wide range of senior police competencies and qualifications. At interview, Mr Morrison impressed the panel with the depth of his policing knowledge. In addition to his policing qualifications, Mr Morrison has a Masters in Business Administration (distinction), has an Award in Educational Teaching, and is a certified merchant navy officer. All panel members marked him as an ‘A’ – an exceptional candidate.

Mr Morrison is married to Stephanie, with whom he has two children, Freya (6) and Jack (4). He will take up the position on 7 October 2015.

In advance of formally taking up the position, Mr Morrison, alongside Superintendent Elliot Forbes, will attend the meeting of Caribbean Overseas Territories Commissioners of Police, in Miami, 10-11 September. He will also make a short visit to Anguilla in the week commencing 14 September.