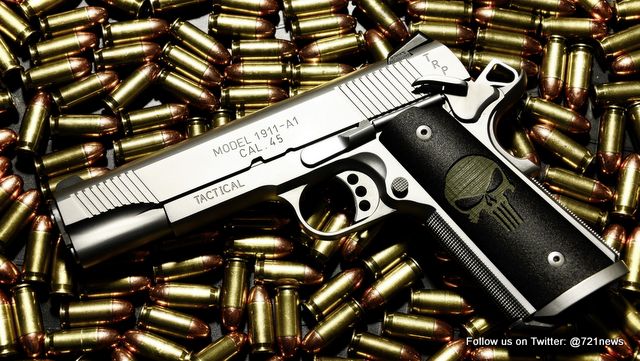 ANGUILLA –– The Royal Anguilla Police Force on Saturday 29th August, 2015 arrested one 18 year old male of South Valley and charged him with possession of a firearm and possession of ammunition.

The arrest of the 18 year old occurred after the seizure of a Glock .380 Pistol during a stop and search of the offenders in George Hill around 10:25am.  Also seized from the offender were 11, 9mm rounds.

The alleged offender, who was charged with the offences on Sunday 30th August, 2015 appeared before the Magistrate’s Court on Monday 31st August, 2015 to answer to the charges.

This is the fourth firearm seizure by the RAPF for the year, having seized two pistols and a shot gun earlier.  The most recent seizure occurred on 25th August, 2015 when a 27 year old male of Roaches Hill was arrested and charged with possession of a one SD-S 9mm pistol and 7, 9mm rounds of ammunition.