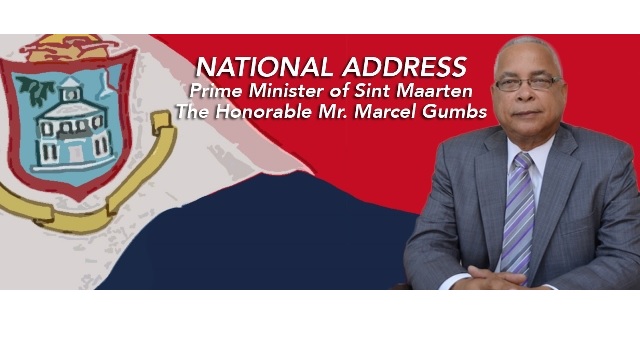 The Prime Minister stated the following in his national address:

“The current forecast as of Thursday morning, has Tropical Storm Erika passing just south of the country this afternoon and tonight, weather conditions are still expected to deteriorate.

“Therefore, as Prime Minister and based on the advice of key Emergency Support Functions, certain decisions need to be taken to protect the safety of our citizens and visitors.

“Strong to near gale force winds of 25 to 35 miles per hour and gusts up to storm strength is still possible.

“Erika is forecast to produce rainfall of 3 to 5 inches with maximum amounts of 8 inches across the Leeward Islands.

“Severe flooding is possible from Erika.  Our neighbouring islands to the south suffered significant damage this morning as a result of flooding. We should also be cognizant of landslides and mudslides.

“Residents in hillside areas should exercise caution after heavy rainfall.

“Erika is expected to produce waves up to 13 feet near the center of the storm.  Some coastal flooding and beach erosion is possible on Thursday as the storm passes it’s closest to the country.

“Due to the potential for severe flooding, as a precautionary measure for the safety of our citizens, visitors and workers:

– All businesses are to remain closed today Thursday, August 27 until the all clear has been given by the Prime Minister.

– Motorists should avoid driving in low lying areas as there is the potential for flooding in the event of heavy rainfall;

– Persons living in flood prone areas should remain vigilant in the event of heavy rainfall.

“Continue to follow the latest reports regarding Tropical Storm Erika via local radio stations; the Government Website (www.sintmaartengov.org) and the Government Facebook Page where official information will be posted as it becomes available. For weather reports visit the Meteorological Department of Sint Maarten at www.meteosxm.com

“Continue to remain vigilant as Tropical Storm Erika passes south of our country later today,” Marcel Gumbs, Prime Minister of Sint Maarten said on Thursday in a national address to the nation.