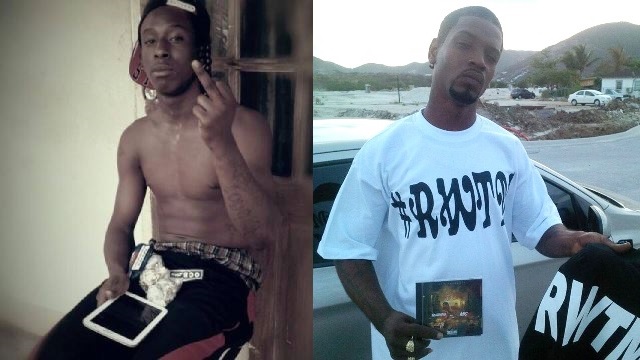 PHILIPSBURG, Sint Maarten — On Wednesday August 12th the Judge of instruction prolonged Jovani  Leon, Julian Johnson and Jason Green with 8 more days of detention in connection with the armed robbery that lead to the death of Officer Gamali Benjamin.

Jovani Leon was arrested and charged with Armed Robbery and the Murder of the police officer. He was arrested in St Peters together with JJ and JG who were charged with harboring a suspect who at that time was a fugitive.
Sources close to 721news has told us that JL and RD aka Kilo Gotti (rapper artist) are the two who entered the jewelery store and robbed the place.
When they were leaving they encountered the Police officer who was at the robbery scene on Front street.
An exchange of gunfire then started between the late officer Benjamin and the robbers which lead to that the officer suffering multiple gunshot wounds and was hospitalized in critical condition. Three (3) days after he lost the battle for his life.

Information our newsroom got is saying that Kilo Gotti at this point in time is in a serious condition because of his wounds which he suffered. Last weekend the doctors nearly lost him.
Some of his organs is not functioning good and it is not clear enough if any plans are being put in place to transport him to Curacao or Aruba for advanced medical treatment.
On Thursday August 13th Officer Benjamin was laid to rest.
The investigation is continuing, and more arrest can be expected in this case.