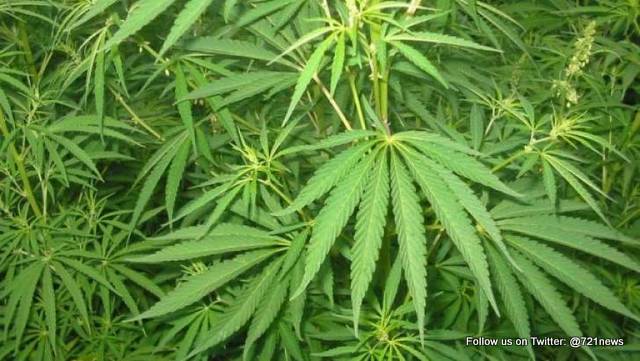 THE BOTTOM – On Wednesday August 19th, 2015 in the morning hours a Cannabis plantation of approximately 100 plants was discovered by the police in a garden of a house on Saba.
The resident of the house, a Saban with the initials W.G,. was placed under arrest and the plants were confiscated, and will be destroyed by the police. The house of the suspect was also raided by the police and drugs were found.
In interest of the ongoing investigation, this is all the official information that can be given at the moment.