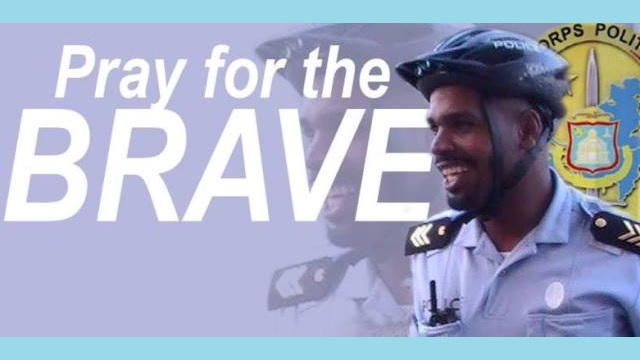 PHILIPSBURG, Sint Maarten — On Wednesday August 5th 2015 at approximately 01.00 p.m. A police bike patrol was informed of an ongoing armed robbery at the “Oro Diamante Jewelry Store” on Front Street. The officers immediately went to scene to investigate this report.  A two-man bike patrol arrived on the scene.

One officer approached the main entrance of the jewelry store and was met by one of the armed robbers who without any hesitation started firing shots at the officer in question. The officer who ran for cover was hit several times and fell severely wounded to the ground.

The other patrol officer responded by firing shots at the suspect hitting several times. This suspect tried to get on an awaiting “dirt bike” to flee the scene, but both suspects took off on foot and fled the scene leaving the motorcycle behind. The suspect was shot was arrested on the Cannegieter Street. The other suspect continued fleeing in towards the Walter Nisbet road and was not arrested.

Both the injured officer and the suspect were treated on the scene by paramedics and transported to the Sint Maarten Medical Center where they were immediately operated on. The officer remains admitted in critical condition. The suspect that was shot remains admitted in the ICU for observation.

A search for the second suspect had no result and is still on the loose. He is considered armed and very dangerous. No one should attempt to arrest this person. Call the police department via 911. The police could really use the assistance of the public. If anyone has any information regarding this robbery, they should come forward and share this information or call #9300.

The second suspect is a young dark skinned man, between 17 and 20 years old, of normal posture, wearing dark sneakers, white socks, a white t-shirt with big brown stripes, shorts, his hair is long at the back with one braid with white beads.

The investigation is ongoing and the Public Prosecutors office and the KPSM cannot give any additional information at this time. A consequent report will follow as the information becomes available.

DO YOU HAVE ANY INFORMATION WHO HAD THIS BIKE OR WHO YOU SAW ON THIS BIKE PLEASE CONTACT THE POLICE VIA THIS
TIP-LINE: #9300 or give the information to any police officer you know !!! 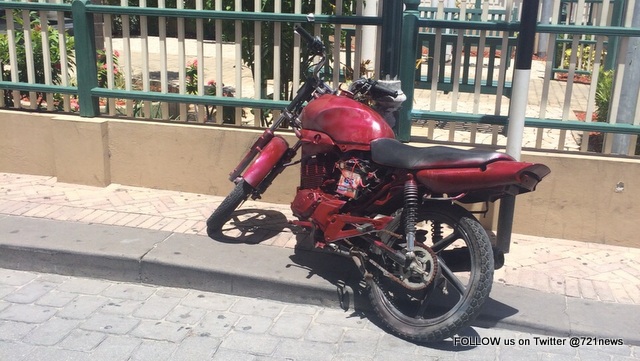