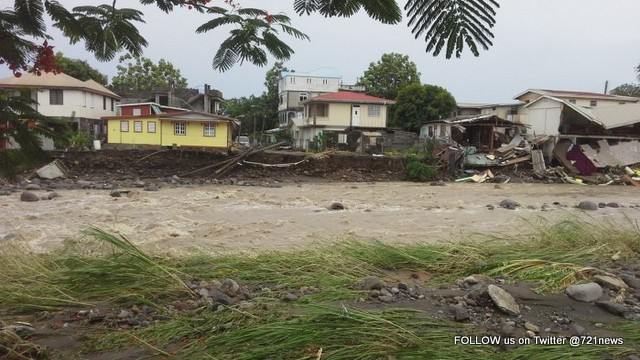 WASHINGTON, Aug 28 2015 – Antigua and Barbuda diplomat and Senior Fellow at the Institute of Commonwealth Studies at London University, Sir Ronald Sanders, has called on the Commonwealth Secretariat, the European Union Commission and International Financial Institutions to respond swiftly to the urgent needs of Dominica which has suffered loss of life and considerable damage during the passage of Tropical Storm Erika.

Sir Ronald has written to the Dominica Ambassador in the United States Hubert Charles expressing his sympathy and deep concern and offering to join diplomatic efforts to mobilise support from the Organisation of American States and the International Financial Institutions in Washington.

Sanders, who was a member and Rapporteur of the Eminent Persons Group (EPG) that proposed reforms for the Commonwealth, reminded that recommendations had been made for a rapid response to disasters in Commonwealth countries.

Earlier this year, Sanders had bemoaned tardy responses to disasters in Vanuatu and Tuvalu in the Pacific caused by Cyclone Pam.

“I feel deep sympathy and concern for Dominica.   The loss of life is tragic and my prayers are with the affected families.  The damage to the country has set back its economy and will negatively impact employment and further strain the government in the rebuilding process.  The international community must act swiftly to give Dominica relief”, the Caribbean affairs expert said.