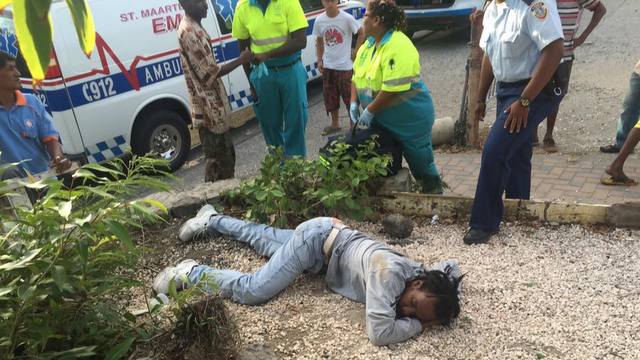 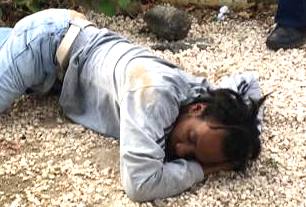 PHILIPSBURG: On Friday the 17th of July Police were called to a supermarket on the St. Peters road at about five forty five this evening following reports that the supermarket had just been robbed. Uniform and detective patrols were dispatched to the scene.

Meanwhile a second call came in to the police central dispatch that a man was laying on the L.B. Scott road and he was a victim of a stabbing.

From eye witness account it was established that the man lying on the ground was the assailant that had robbed the supermarket.

It’s alleged that the supermarket attendant was approached by the assailant demanding him to hand over the money before stabbing him in the chest.

The victim a 31 year Chinese man was rushed to the SMMC by family members and was treated by medical specialist. He was later released from hospital.

The assailant a 33 year old male who also suffered a stab wound under his left arm was transported to the medical center and is in stable condition.  He was later put into police custody.

Members of the forensic department were on the scene and detectives are conducting an investigation. 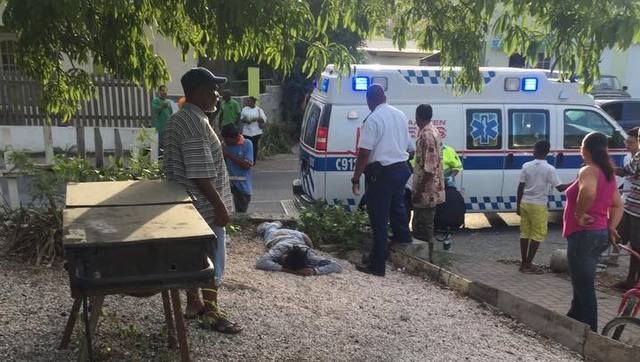 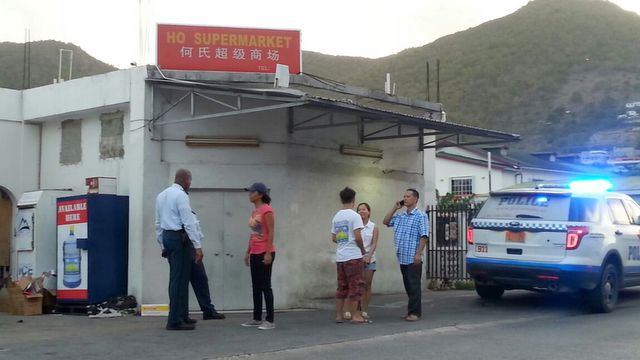 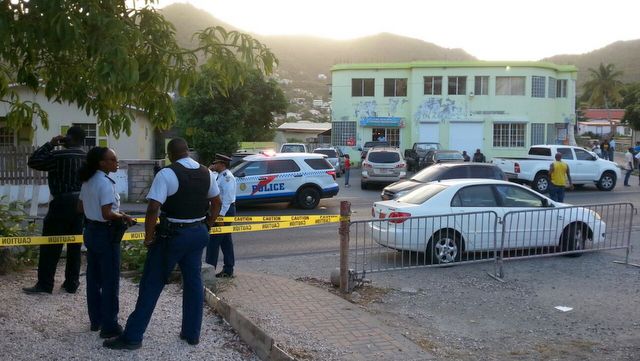 PHILIPSBURG, Sint Maarten — On Friday July 17th eyewitnesses reported a scuffle between a shop attendant and a would be robber.

During the robbery both the victim and the assailant was hurt according to 721news reliable eyewitness.

We are awaiting word from the police spokes person to officially inform you what have transpired.