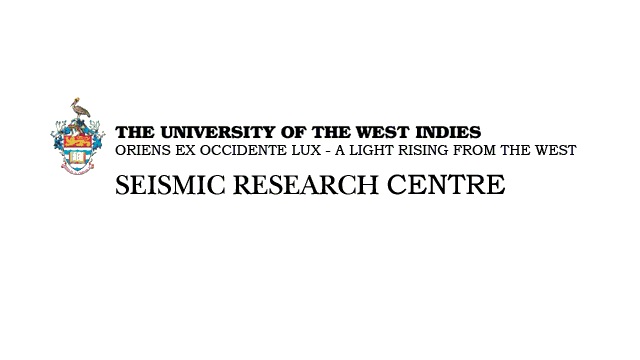 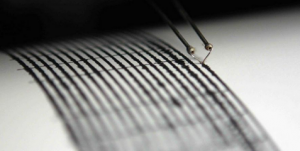 UWI – Activity associated with the Kick ’em Jenny system continues to decrease. From the 20 events recorded between the period 4:00pm 24th July to 6:30am 25th July, the number of events recorded up to 8:00pm 25th (local time) has consisted of less than 10 below magnitude 2.0.

A reconnaissance flight was conducted this afternoon with, volcanologist Dr. Frederic Dondin, one of two of the UWI-SRC team currently in Grenada.

Nothing out of the ordinary was observed at the surface above the volcano. 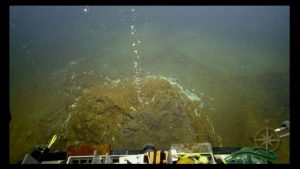 Additional instruments were also placed closer to the volcano which reduces the threshold magnitude of events associated with the Kick-‘em-Jenny system that can be identified.

We will continue to monitor and update as data come to hand.

Early Post !!!!
Kick ’em Jenny Update 1
Jul.25.2015Elevated seismic activity associated with Kick ’em Jenny submarine volcano has continued since our last update. Following the hour long eruption signal which started at 01:42am on 23 July 2015activity continued at an elevated level until 1:30pm. During the period midnight to 4:30pm on 23 July 2015 more than 400 events were recorded. The largest of these was of magnitude 3.3. Seismicity declined from 1:30pm to 5:30pm on 23 July but increased thereafter.

At about 2:00am on Friday 24 July an explosion signal was recorded. This signal lasted for about an hour. T-phase from this event was recorded in Montserrat confirming the nature of the activity. The number of earthquakes declined during Friday with only 89 events recorded up to 4:00pm. Overnight this decline continued and between 4:00pm 24 July to 6:30am 25 July less than 20 earthquakes were detected. We will continue to monitor throughout the day to develop a better understanding of the current state of the system.

The current alert level remains at Orange. It should be noted that this alert level system relates specifically to the Kick ‘em Jenny submarine volcano. It serves to guide local authorities and residents in Grenada and the surrounding Grenadine islands on what is appropriate at this level of activity. Mariners are therefore encouraged to observe the Exclusion Zone and not enter within a 5km radius of the Kick ‘em Jenny crater. The UWI-SRC continues to monitor this volcano and will issue further updates as data come to hand.