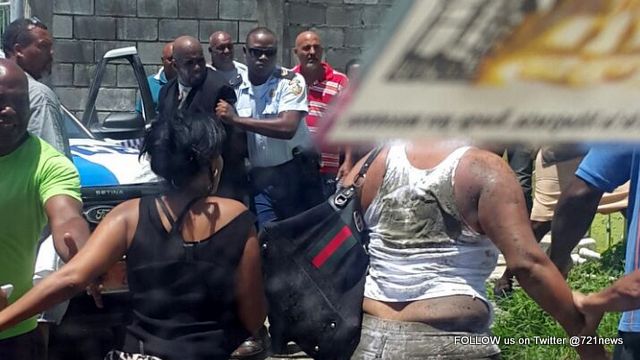 PHILIPSBURG, St. Maarten – On Sunday July 5th at approximately 11.30 a.m. a police patrol was sent to the A. Th. Illidge road in the vicinity of A&A supply in connection with a big fight that was going on.

On the scene the investigating officers learnt that a fight had taken place between two men in which knives were used and both parties being injured. One victim received several stab wounds to his body and had to be transported to the Sint Maarten Medical Center and immediately operated on.

The suspect in this case was also stabbed in his shoulder and after treatment at the medical center was released. He was immediately arrested and taken to the Philipsburg Police Station where he remains in custody. The spouse of the suspect who is presently pregnant also got caught up in this fight and was beaten by two other females.

These two females were also arrested for further investigation and taken to the Philipsburg Police Station.

Detectives went on the scene to speak to witnesses and gather information to what exactly happened. This investigation is ongoing. 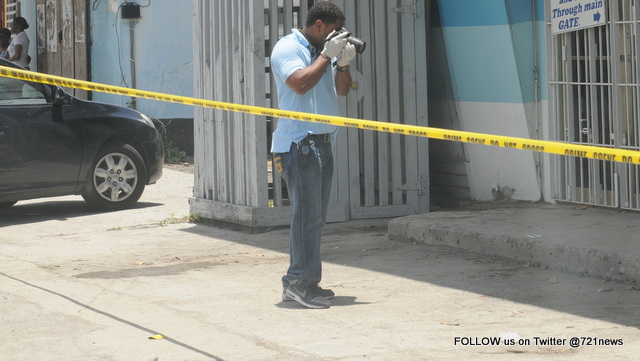 PHILIPSBURG, St. Maarten – The Police Force of St. Maarten is now investigating a stabbing incident on the A.T.H. Illidge Road.

The stabbing took place at approximately 11:15 on Sunday morning.

One man is said to have been stabbed by a security officer who was said to be on his way to work at the time of the incident.

The young man was said to have been stabbed in his neck and according to bystanders it was a serious stabbing.

He was treated by the personnel of the St. Maarten Ambulance Department before being taken to the The St. Maarten Medical Center (SMMC). 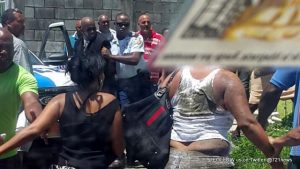 The injuries sustained by the male victim is said to be serious noting that he also lost a lot of blood in the process.

It was a chaotic scene when the police arrived Sunday morning as the perpetrator of the stabbing is said to have still had the weapon (knife) in his hands.

He had to be forcibly taken down by the police as he was reluctant to give up his weapon.

Residents in the area could be over heard saying that they are fed up with the aggressive behavior of the security guard with some even saying that if the police don’t deal with him then they will.

The suspect was taken away by the police and  while the road was blocked and the area cordoned off t5o facilitate the investigation which is now ongoing. 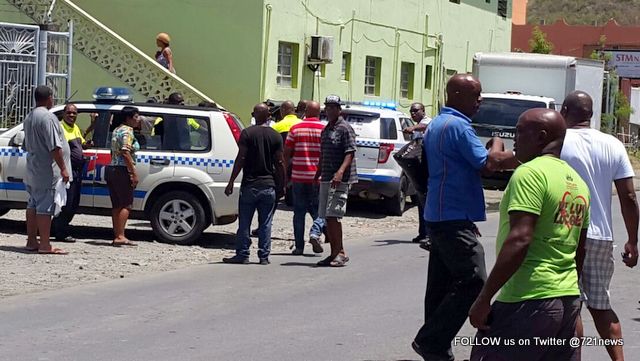