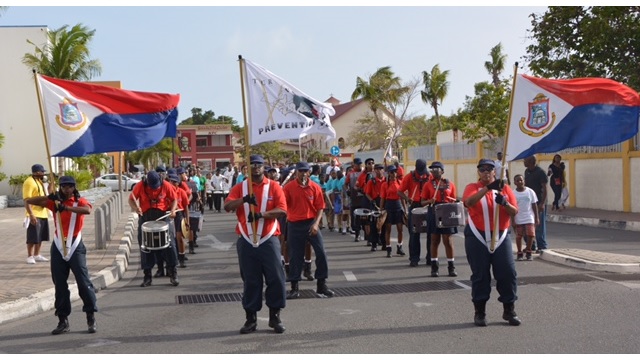 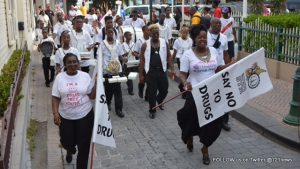 Leading the local campaign in St. Maarten and the region to create awareness concerning the challenges that drugs presents to our communities – especially our youth. We challenge other neighboring islands to join with their own statements and activities each year to remind the communities that drugs leave lifelong damage not just to the individual, not just to the families involved but also to the communities. Please remember, as we have always maintained, that alcohol is also a drug and must be kept before our communities as such. 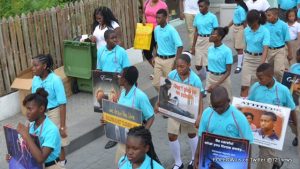 This year Turning Point was joined by several Organizations including the New Generation Drum Band, the I-dad Foundation, and the Philipsburg Pioneer Pathfinder club. The parade began at the Government parking lot, next to TELEM and made its way through Walter Nisbeth Rd., Up to the Emmaplain, down Back Street, up Front Street and back to the starting point. Participating groups marched the streets with signs and banners, all sending messages against drug use and other anti-social behavior.

The groups joined together with the UNODC in sending the 2015 message, urging the communities and its leaders to “Develop our lives, our identities and communities without drugs”. Turning Point continued its Drug Awareness week with various radio programs including a special “U-Turn” radio program on SOS 95.9FM on Wednesday at 5.00Pm.