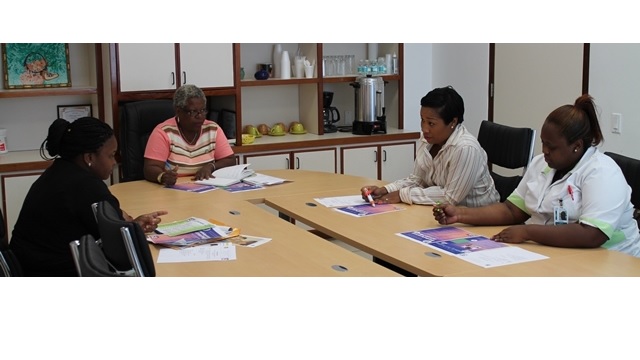 GREAT BAY, Sint Maarten (DCOMM) – Stakeholders met on Thursday in preparation for World Breastfeeding Week which is celebrated every year from 1 to 7 August in more than 170 countries to encourage breastfeeding and improve the health of babies around the world.

One of the first activities is set for August 1 which is Family Fun Day at the Emilio Wilson Estate from 12.00pm to 6.00pm.  The general public is invited out to spend a relaxing afternoon with their family members on Saturday.

CPS along with the other stakeholders have a month-long public awareness campaign planned that includes a Breastfeeding March on August 7 starting at5.30pm from the Court House in Philipsburg up Front Street to the Emmaplein and then down Back Street and up the alley by the House of Parliament ending at the Court House.

Breastfeeding is the best way to provide infants with the nutrients they need. WHO recommends exclusive breastfeeding starting within one hour after birth until a baby is six months old.

Nutritious complementary foods should then be added while continuing to breastfeed for up to two years or beyond.

World Breastfeeding Week also commemorates the Innocenti Declaration signed in August 1990 by government policymakers, WHO, UNICEF and other organizations to protect, promote and support breastfeeding.