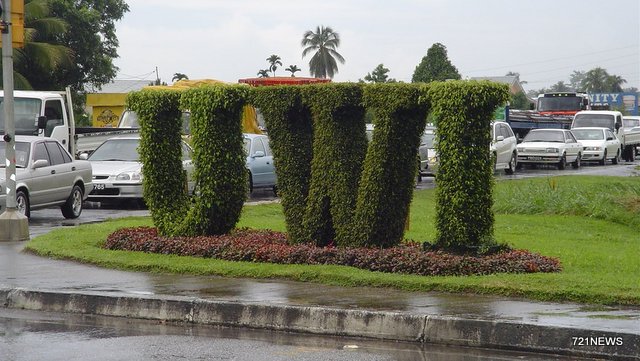 The Office of Disaster Preparedness and Management (ODPM) assists the University of the West Indies Seismic Research Centre (UWI SRC) in sensitising citizens of elevated activity of Kick ’em Jenny.  Kick ’em Jenny is a submarine (underwater) volcano located 8km north of Grenada. The volcano is about 1300m high, and its summit is currently thought to be about 180m below the surface of the sea. Kick ’em Jenny is the only live (likely to erupt again) submarine volcano in the Eastern Caribbean and is also the most frequently active volcano in the region. Since it was discovered in 1939, it has erupted at least 12 times with the last eruption occurring in December 2001.

According to a press release issued by the UWI SRC, on Thursday July 23rd from 1:25 a.m. to 3:00 a.m. local time, a strong continuous signal was observed on instruments monitoring the submarine volcano. Signs of elevated seismic activity (earthquakes) began on July 11th and continue to present – for this period there have been a total of more than 200 micro and small earthquakes of varying magnitude with the largest prior to the strong signal being 3.0. Divers off the west coast of Grenada in the Moliniere Sculpture Park area have also observed the occurrence of degassing (the release of gas bubbles into the water).

The ODPM reminds all citizens that if they have any questions or concerns to please contact our Customer Care Centre at 511 and visit our website www.odpm.gov.tt for new information on any existing threats.

Trinidad and Tobago is NOT currently under any threat and the ODPM is in close communication with the UWI Seismic Research Centre who is monitoring the situation and will advise the ODPM if the situation warrants.

No Tsunami Warning Issued
Jul.23.2015
The UWI-SRC wishes to advise that at this time no tsunami warning has been issued for Grenada or any other neighbouring islands of the Lesser Antilles. The alert level at the Kick ‘em Jenny volcano however, has been moved from yellow to orange which means that the exclusion zone around the submarine crater has been widened to 5km.T
his change of alert is in keeping with increased seismic activity which began on 11th July, 2015. A sharp increasing trend was observed during the 21st and 22nd July and between 1:25am and 3:00am on Thursday 23rd July, 2015 the most intense activity, an eruption was observed. The current alert level at Orange is related to the Kick ‘em Jenny volcano and guides authorities and those in Grenada and the surrounding Grenadine islands on what is appropriate at this level of activity.
Mariners are therefore encouraged to observe the Exclusion Zone and not enter within a 5km radius of the Kick ‘em Jenny Crater. The UWI-SRC continues to monitor this volcano and will issue further updates as data come to hand.
http://uwiseismic.com/NewsDetails.aspx?id=366