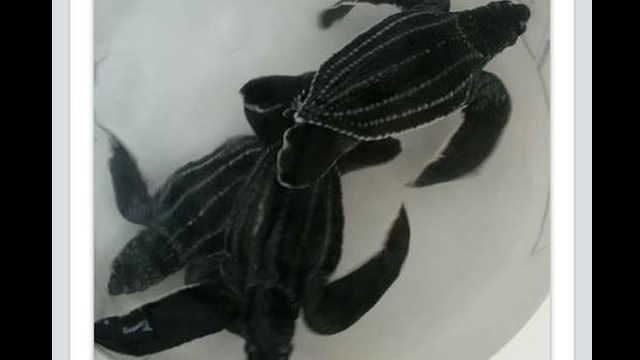 Incident of Endangered Sea Turtles Being Offered Online Over Weekend 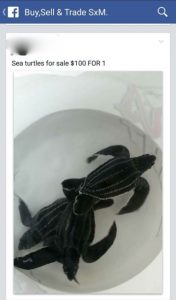 PHILIPSBURG, Sint Maarten — The Sint Maarten Nature Foundation over the weekend expressed its concern on the growing number of wild animals being offered for sale on online and social media marketplaces on both sides of the island. In some instances there were also posts regarding endangered sea turtles being sold, a highly illegal activity.

“We are having grave concerns regarding people selling endangered and wild animals on online market places, with last week an incident of raccoons being sold and over the weekend an incident of Sea Turtles being offered up for sale online.

These are serious matters primarily because of the unregulated sale of an invasive species that can be wild and dangerous and which may carry rabies in the case of the raccoons and in the case of sea turtles a critically, locally and internationally protected species being placed up for sale. Although we managed to solve the issue regarding the sea turtles and no animals ended up being harmed, there is a serious need for the administrators of online social media marketplaces and residents alike to know the responsibilities regarding wild and protected species on the island”, commented Tadzio Bervoets, manager of the Nature Foundation.

Especially regarding endangered sea turtles the Nature Foundation emphasized that protection is imperative: due to human impacts the population has plummeted to low numbers throughout the past century. Because of this, many species have been listed as critically endangered meaning that they are nearly extinct. To reverse this trend, all sea turtles species are now protected by international laws and treaties as well as local laws.

Meaning it is illegal to kill, wound, capture or pick-up sea turtles. It is therefore forbidden to disturb damage or destroy sea turtles nest, lairs or breeding grounds.

“There was a hatching of a nest on Great Bay Beach of Leatherback sea turtles which was very successful so we need to maintain the protection of these critically endangered species,” continued Bervoets.

“We constantly monitor social media and marketplace sites for incidents like these and we report them constantly. We also would like to remind the public that there are penalties involved in this activity, especially regarding protected species. Should the public notice any nesting activity or illegal activity, do not hesitate to contact the Sea Turtle Hotline 9229 or the Sint Maarten Nature Foundation office at 5444267 or send an email to info@naturefoundationsxm.org.