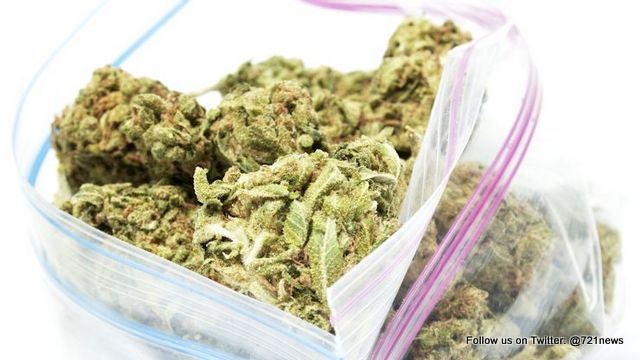 PHILIPSBURG, Sint Maarten — On Wednesday July 1st at approximately 04.35 a.m. during a control by several police patrols one man who tried to get away from police was arrested in the possession of an amount of marihuana. The control took place in Simpson Bay in the area in the vicinity of a well known night club based on information regarding the selling of illegal drugs in that area during the night time.

A man who saw that the police was in the area became quite nervous and jumped into his jeep and took off at high speed in the direction of the PJIA. Due to his suspicious behavior the patrol chased after this man in order to find out the cause of behavior. While chasing this vehicle the driver was driving very irresponsibly while overtaking other vehicles.

The patrol succeeded in stopping the vehicle and ordered the driver to get out. During a search of the vehicle a square block of compressed marihuana was found and confiscated. The suspect admitted that the drugs belonged to him. He was arrested on the spot and taken to the Philipsburg Police Station where he is being held for questioning.